Eating too much processed foods could promote cancer 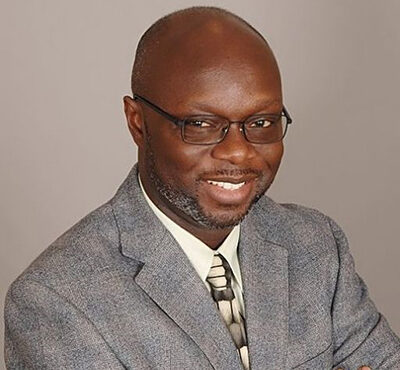 We process food into other form for many reasons to look good, taste better, smell good to consume, but importantly for the product to stay longer without getting rotten (preserve them) so we can make them available to people who either do not have access to that kind of food or have no food at all.

The processing (crushing, milling, drying, addition of preservatives or chemicals for taste and look) usually makes the foods lose some natural nutritional value.

Also, the additives, such as sugars, artificial sugars and amino acids, salts etc. may be detrimental to the human body when eaten often.

Numerous diseases including diabetes, obesity, heart diseases have been linked to some additives.
Dr Peter Lemaire, a Research Doctor, in an interview with The Spectator disclosed that eating too much processed foods could promote cancer.

According to him, cancer process happened in our bodies every minute, but it did not break out for many people because their immune system eliminated them, and added that, there had been a discovery in recent times that cancer could be prevented by a healthy immune system.

He noted that, the best form of treatment for cancer right now “are drugs that boost the immune system to enable them fight cancer, called the immune-oncology drugs including Yervoy, Opdivo and Keytruda”.

Dr Lemaire indicated that there were three impacts of processing that were linked to cancer and mentioned loss of nutritional value as one of them, adding that fruits and vegetables contained vitamins and antioxidants that were also very unstable when exposed to air.

According to him, vitamins were destroyed over time, and even faster when heat was applied, and said that Vitamin C that was very necessary for building a strong immune system which could be destroyed in minutes when fruits were exposed to air, light, chemicals at high pH and heat.

Another impact he highlighted was harmful additives included sugars, salt and some chemicals which were added to enhance taste.

Sugar (glucose), he said, was a direct fuel to cancers as cancer cells used about 200 times more energy than normal cells, stressing that, too much artificial sweeteners such as saccharin, cyclamate, aspartame, and natural sweetener such as Stevia had been linked to mutagenesis and cancer.

He reiterated that some additives such as monosodium glutamate (MSG), sodium benzoate, sodium nitrites, potassium bromate have been linked to cancer when eaten too much or often.

The third impact was, packaging, indicating that, heavy metals such as iron, copper, and nickel in trace amounts may trigger free radical reaction on unsaturated fats or cause reactive oxygen species that caused DNA damage and could lead to cancer.

He said that, metals used in packaging such as aluminum was linked to breast cancer.
“Cans are Tin-coated steel (iron + carbon alloy) or aluminum and their impact on free radical formation are minimal, when cutting the cans metals are filed into the food, potentially significant enough to trigger free radical formation”, he stated.

Dr Lemaire said processing made the foods lose their nutritional value and, value of protecting cells against cancer.

According to the Medical Doctor, some Ghanaians had the wrong notion that living rich meant eating processed or polished foods, instead, eating fresh foods like raw ground pepper, tomatoes, onions among others was rather rich and healthier than canned fish and canned vegetables.