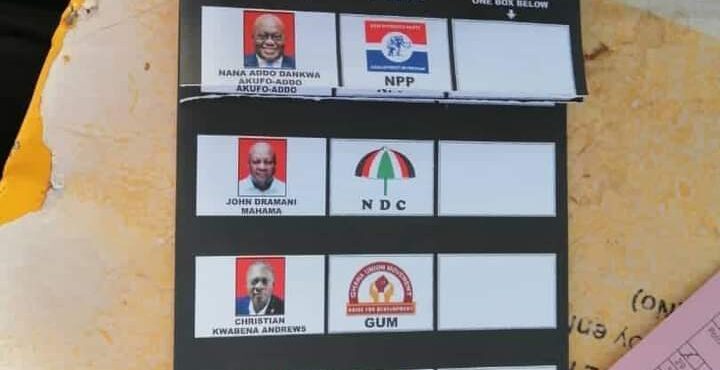 The Electoral Commission (EC) has removed officers who allegedly tampered with Presidential ballot papers in the ongoing 2020 elections in the Awutu Senya West and Bawku Central constituencies in the Central and Upper East regions respectively.

In a press release, the EC indicated that “Information reaching the Commission indicates that there have been isolated cases of Presidential ballot papers being tampered with in some polling stations in Awutu Senya West and Bawku Central constituencies.”

It added that through the collaboration of the Ghana Police Service, the officers have been identified, and subsequently removed pending further investigations.

The officers were reportedly tearing the paper in a manner such that, the first candidate on the paper was not appearing on the ballot paper for the voter.

Against this backdrop, the EC advised Ghanaians to ensure presidential ballot issued to them has 12 candidates before proceeding to thumb print.

The Commission entreated staff and field Officials to let the truth guide them in the discharge of their duty.