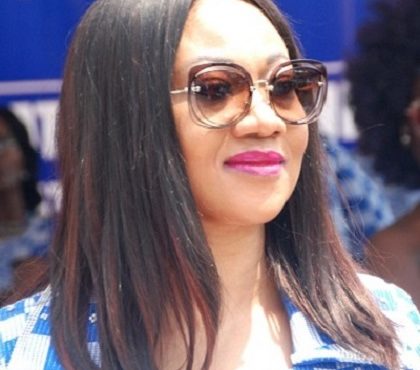 In a 31-paged legal arguments filed at the Supreme Court (SC), the EC said it had the sole constitutional responsibility to compile voters register and to determine how that compilation would be effected and it was not subject to the direction or control of any other body.

The Commission explained that three ID cards were obtained under three different constitutional instruments: CI 12, CI 72 and CI 91 and three ID cards should not be included in the upcoming registration.

In the supplementary statement of case, the EC said it had placed before Parliament a constitutional instrument that did not include the use of the existing or old voters ID cards.

It said, “The second defendant (EC) through its own internal review and due diligence mechanism has realised that CI 12 did not require any proof of qualification to register as a voter.”

The EC explained that  it means that anyone who registered under CI 12, cannot be said to have satisfied the constitutional test of providing qualification since no proof was required even though the criteria for qualification under Article 12 was set out therein,”.

It noted that “a review of CI 12 showed that what was provided in it was a “changed mechanism to enable a person’s registration to be challenged, but again an applicant for registration did not have to prove first that he or she actually qualify”.

According to EC that clearly showed that the Voter ID card derived from the CI 12 registrations were legally and constitutionally doubtful and, therefore, same could not rely on as the basis for “meeting the constitutional qualification test”.

The EC said with respect to CI 72, the SC found in “Abu Ramadan No.1” that the use of the NHIS card to register was unconstitutional because it did not prove qualification.

The Commission said an anecdotal evidence provided by registration officials during the compilation of the Voter Register under CI 72, showed that a majority of applicants used the NHIS to register as it was the “most widely accessible card at the time”.

The EC indicated that led the SC to conclude as a matter of law that the 2012 Voters Register produced under CI 72 was neither reasonably credible nor accurate as constitutionally required.

“In fact at page 16 of the EC’s own Training Manual used for the teaching of its registration officials in 2012, it was stated that “proof of eligibility was not required,” it said.


The SC had ordered the EC to provide the legal grounds why it was refusing to accept the existing voters’ identification card as a form of identification in the upcoming mass voters registration exercise.

A seven-member panel of the Supreme Court, presided over by the Chief Justice, Justice Anin Yeboah, gave the order hearing of a suit filed by the opposition National Democratic Congress (NDC) challenging the upcoming compilation of a new voters register by the EC.

It further directed the NDC and the Attorney General to file supplementary statement if any on the point of law at the Supreme by June 8.
The hearing has been fixed on June 11 – GNA