ECG is not a ‘father Christmas’ or charitable institution! 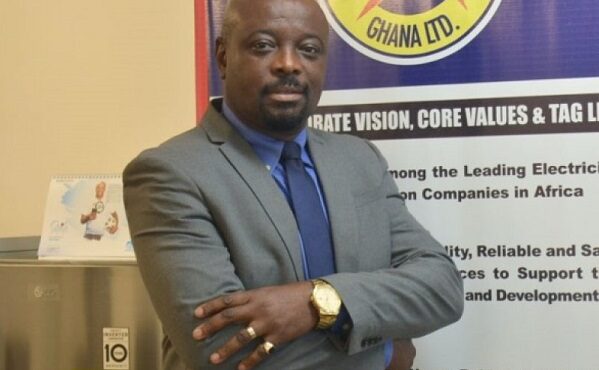 Electricity is one of the major determinants of economic prosperity of any country in the world.  It plays a significant role in undertaking daily activities from cooking, lighting, heating to powering machines in the industrial sector.  This facility is essential also for quality healthcare delivery, education, transport, effective communication, mineral exploration and many more.  In effect, it serves as a building block on which every sector of a nation’s economy thrives.  This in essence, emphasises how crucial and indispensable electricity has been in the existence of human in the 21st century.

The Electricity Company of Ghana (ECG) Limited, like other essential service providers in our dear nation, is a very important institution as far as the developmental goal of this country is concerned.  Without electric power, everything in this country will grind to a halt and it will affect the general cost of living and well- being of people nationwide.  The same applies to water which is the twin brother of electricity.  Even to pump water to various homes and public institutions, much will depend on electricity to power the generating machines.  The importance of these two essential facilities therefore,cannot be overestimated in the country’s development.

ECG AND ITS MANDATED DUTIES

The ECG by law, is mandated to provide quality, reliable and safe electricity services to support socio-economic growth and development of Ghana.  The company has over the years, been able to carry out this laudable mission notwithstanding the occasional challenges it encounters in the execution of its duties.

It is a limited liability company wholly owned by the government and operates under the Ministry of Energy.  The company is responsible for the distribution of electric power in the southern part of Ghana, namely, Ashanti, Central, Eastern, Greater Accra, Volta and Western regions.  The company has over the years grown and transformed into a more effective distributor largely as a result of foreign technical and financial assistance which has enabled it to invest in various areas to improve the quality of the network.  It has focused on building many distribution lines and installation of prepaid metering services both domestically and to various institutions across the country.  This company has stood the test of time and on the verge of focusing on becoming a regional power trader to grow itself.

Although the company is confronted with major challenges such as high level of distribution losses, lack of revenue due to non-payment of bills, poor tariff structure which makes it difficult for the power utilities to make significant investments to improve the sector due to financial constraints, it has to a very large extent live up to high level of expectation.

Currently, there are quite a sizeable number of public institutions that are indebted to the company of millions of Ghana Cedis, thus depriving it of the needed revenue to meet its operational expenses in terms of modern generating equipment and other logistics as well as providing adequate remunerations and service conditions for the workers.  On the list of the debtors are, the Ministry of Education, the Ghana Education Service (GES), Ministry of Finance and Economic Planning, Ministry of Communications and Digitalisation as well as the United Nations Development Programme (UNDP).  We are informed by news circulating on social media that the Finance Ministry owes the company to the tune of GH¢421,038.02, the National Stadium, GH¢587,087.37, La Palm Beach Hotel, GH¢196,073.62 and the Ghana Airports Company Limited (GACL), GH¢48,985,505.41.  We are told also that recently, the National Taskforce of the ECG Limited, cut power supply to parts of the Kotoka International Airport and the other places as a result of their outstanding debts to the ECG.

It is, indeed, shameful and regretful that the top management of ECG have relaxed and kept aloof while some state owned and profit making enterprises continue to exploit them to their advantage in huge arrears in electricity bills.  Such an unfortunate situation is a total indictment on the leadership of the company and a mark of inefficiency.

It is also a known fact and in the public domain that some unscrupulous workers of the company have turned themselves into contractors and engaging themselves in illegal businesses such as the sale of meters at high prices to prospective applicants and also involved in illegal connections of electricity to interested people, thus depriving the company of the needed revenue.  Some of these fraudsters. engage in such illegal businesses with the connivance of some top-level management personnel of the company.  Such illegal, unhealthy and fraudulent practices must be checked to enable the company to stand on its feet.

No wonder, there was a recent demonstration by some aggrieved workers of the Accra East branch of the ECG in protest of the continued stay in office of the managing director of the company even though he had attained the retiring age of 60. Clad in red, the workers picketed at the company’s head office in Accra to register their protest and also to demand the removal of Mr. Kwame Agyeman-Budu, the MD from office.

The protesters, led by the divisional leadership under the Trades Union Congress (TUC), noted that the presence of the MD was an illegal invasion of the company’s property, adding that he had to proceed on leave prior to retirement because he had clocked 60 years.  They wondered why he was still holding himself as the MD and signing official documents.  The aggrieved workers argued that he attained 60 years on February 21, 2021.

ACCUSATION AGAINST THE MD

In a statement, the workers accused the MD of not handling the affairs of the company well since he was appointed.  They claimed that his continued stay in office, would collapse the electricity distribution company because to them “he is grossly deficient when it comes to matters relating to administrative and corporate governance”.  They further accused him of breaching procurement processes.  “A clear example is the award of contract of six substations where the recommendations of the evaluation committee were side-stepped and awarded to other companies,” they alleged in their statement.

It appears that the workers are not comfortable with the continued stay in office of their MD and the appointing authorities need to step in to resolve this thorny issue before they throw this country into total darkness.  Their grievances need be studied critically and weighed against the performance of the MD before any extension of his contract is considered.

In the midst of huge unpaid debts by some state institutions to ECG while the company needs money to finance its operational costs, one will be convinced to jump to a conclusion that the managing director is either not up to the task or being manipulated from certain quarters not to chase the debtors for what is due the company.

One particular case that most Ghanaians are not happy and uncomfortable with is the case of the Ghana Airports Company Limited which owes the ECG a colossal sum of GH¢48,985,505.41 which necessitated the recent curtailing of power in parts of the Kotoka International Airports in Accra.  They wondered why the company had to spend about GH¢128,366 to buy Christmas trees to decorate the airport terminals in the midst of the debt it owes the ECG.

It is a fact that the ECG and other utility service providers in the country rely on the effective payment of bills to provide reliable and continuous services to their clients and customers and, therefore, failure in the payment of bills renders the company impotent in providing that essential services to customers. That will result in frequent power cuts which will be no fault of the ECG.  It is important for state owned and private institutions as well as domestic power users to pay their bills promptly to enable the company to serve them better.  Let us take note that ECG is not a charitable institution which provides its services free of charge.

Finally, to restore the needed peace and tranquility within the premises of the ECG, the appointing authorities must act with dispatch to resolve the impasse between the workers and the managing director before any unfortunate incident happens.