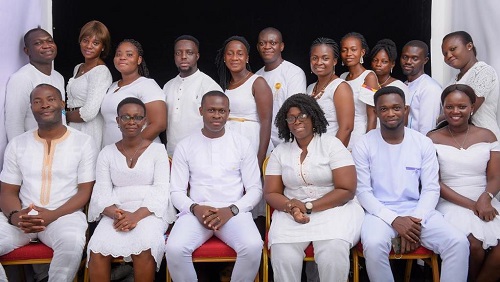 Echoes of Victory, a singing ministry of the Ebenezer Methodist Church, at Madina in Accra, is set to celebrate its Silver Jubilee with a Gospel Rock Show scheduled for Sunday, September 4, 2022.

The concert dubbed: “Celebrating 25 Years of Transforming Lives through Music,” comes off at the Ebenezer Methodist Cathedral at Madina and would feature two renowned gospel artistes, Uncle Ato and Eugene Zuta.

The group was officially inaugurated on Sunday, 22nd December 1996 after it was formed in 1994 and has over the years contributed to various evangelism programmes of the church.

Nana Kofi Opoku, President of the group, said the choir was initiated by a group of young Christians belonging to various youth organisations with the purpose of “evangelism and creating an atmosphere of worship at church services.”

According to him, the group had actively participated in numerous crusades, revivals, and other outreach programmes organised by the Madina Circuit and the Accra Diocese of the Methodist Church.

“Some of the programmes that stand out include the Madina circuit and Accra diocese outdoor crusades with Rev. Dr. Lawrence Tetteh between the years 1998 and 2001.

“We were one of the youth singing ministry among a total of three selected for the national crusades under the auspices of the Most Rev. Dr. Samuel Asante Antwi which had Rev. Dr. Lawrence Tetteh as the main speaker,” he noted.

He said the choir as part of its evangelism programmes had over the years toured some basic and secondary schools at Madina to help them nurture their talents and encourage them live Godly lives.

“As we celebrate our anniversary we can only look back and be thankful for how far the Lord has brought us.

“The history of the group will never be complete if we fail to acknowledge the immeasurable contributions our patrons and patronesses as well as other individuals have made to sustain the group up to this point,” Mr. Opoku added.

The anniversary celebrations will be climaxed in December with a Thanksgiving Service.