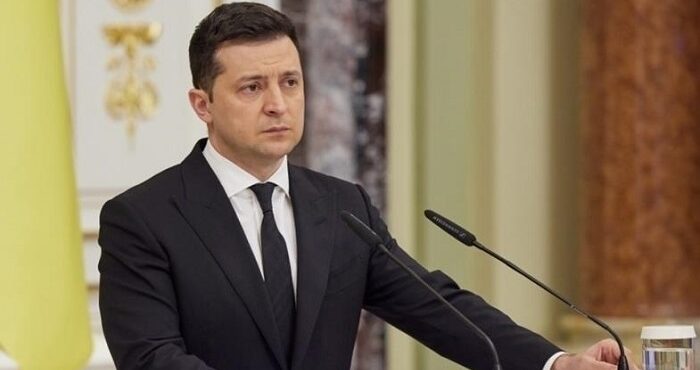 Since the Second World War the world has done all it can to ensure that peace prevails in all countries so that petty conflicts between nations or among nations can be avoided.

Unfortunately, this has not been the case and the world is still frightened with conflicts among nations. We experienced the Iran- Iraq war as well as the US invasion of Iraq following Iraq’s invasion of the tiny country nearby.

This tiny country, Kuwait, was invaded by Iraq and as a result the US and other interested Western countries thought that the time had come  to teach Iraq a lesson. This was the basis of that conflict and subsequent war that took place between the US and Iraq when it was under Saddam Hussein.

Quite recently, the world woke up on 24th February, 2022, to hear about the invasion of Ukraine by Russia. It is difficult to understand why a conflict of this nature should emerge when the world has just experienced the COVID-19 pandemic and is now doing all it can to recover economically.

In fact many countries are still going through their recovery process and the world today is faced with serious economic challenges unbearable for many people in different countries. It is against this background that we find it very disturbing when we see the ongoing conflict between Russia and Ukraine.

The invasion of Ukraine by Russia is very unfortunate but one can see that Russia is trying to flex its muscles to show that it is still in control of affairs when it comes to Eastern European politics. Under the former Soviet Union, Russia was a powerful country.

The Union of Soviet Socialist Republics (USSR), then a powerful eastern bloc, adopted strategies to fight Western countries which were members of the North Atlantic Treaty Organisation (NATO). It is the suspicion of Russia that Ukraine is getting closer to form an alliance with NATO and for this reason should be stopped before things get too late for that country.

Ukraine, on the other hand, considers itself a sovereign country which should not be invaded by another country such as Russia. For this reason, Ukraine, has put up a spirited fight to stop the Russian invasion of their country.

It is said that when two elephants fight it is the grass that suffers and so the rest of the world sitting by and thinking about how to recover fully from the COVID-19 pandemic have now been drawn into this needless fight in a number of waves.

In Ghana, for instance, a litre of oil is shooting upwards day in day out and the price will soon be 10 Ghana Cedis or even more. This is, needless to say, seriously affecting the economy of the country in the sense that prices of all other things have started rising.

Apart from Ghana, other countries on the African continent are also experiencing economic difficulties which are adversely affecting the welfare of people. This is not the making of their respective governments on the continent but rather the direct result of the conflict between Russia and Ukraine which has resulted in shortages of oil and the rising prices in the world.

This explains why citizens in various countries would have to bear with their governments, seeing that it is not the meeting of any particular government but something disastrous that is affecting the entire world. This calls for every person in the world to come together and think of how to bear with this unfortunate situation instead of simply blaming governments for something they are not responsible for.

The purpose of government as well as governance is to ensure that life is made better for every citizen. However, in this particular case life cannot be better for everybody when we all know for sure that there are shortages of oil on the world markets and, therefore, pushing up prices that would also make life uncomfortable for us in different countries.

It is for this reason that the world must come together to tell Russia and Ukraine that “enough is enough” and the war must stop. If the war does not stop, prices of goods and services will keep escalating in all parts of the world in this COVID-19 era.

It is very unfortunate that things are happening this way but we do not have to lose hope and fight among ourselves because of economic difficulties. Even if governments are changed the result will not be better because until the Russia-Ukraine war is stopped, the world will continue to experience high prices and this would impact negatively on people in all countries.

When it comes to developing countries whose economies are fragile, we need to remain united so that adventurists will not take advantage of the situation to create instability in their respective countries. It is the expectation. of all countries that diplomatic efforts will be put in place to resolve the issue between Russia and Ukraine so that normal peace can be experienced between the two countries.

When peace returns, it will spread to all parts of the world and make life better for each every country and person.