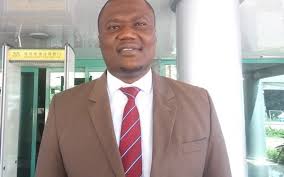 Some New Patriotic Party (NPP) polling station executives in Effiduase-Asokore have challenged the outcome of the primary which retained the incumbent Member of Parliament (MP), Dr Nana Ayew Afriyie.

They served notice of petitioning the party’s regional leadership to annul the MP’s landslide victory they alleged was preceded by irregularities and foul play and conspired with constituency executives to delete their names from the delegates album to disenfranchise them at the poll.

The agitated supporters are mainly behind one of the candidates, Kwame Adom-Appiah, in a two-horse race and the election was nearly marred by incidents of ballot-snatching and physical assault of another contestant and his agents.

Kwame Adom-Appiah sustained injuries after being attacked allegedly by some military personnel and was admitted at the Emergency Unit of the Effiduase Government Hospital during the primary.

Twenty of them alleged they did not find their names in the constituency album and have petitioned the Ashanti regional executives to act or they advise themselves saying “our petition is at the regional secretariat, we will make follow-ups, Dr Afriyie can never win this election  if the election has been conducted in a transparent, free and fair manner,” Emmanuel Amo, a polling station executive said.

Mr  Agyin, the former MP blamed the current development on the constituency executives who had connived with the incumbent MP and insisted that party executives had not managed the affairs well to culminate into the situation which he claimed favoured the incumbent MP. -myjoyonline.com