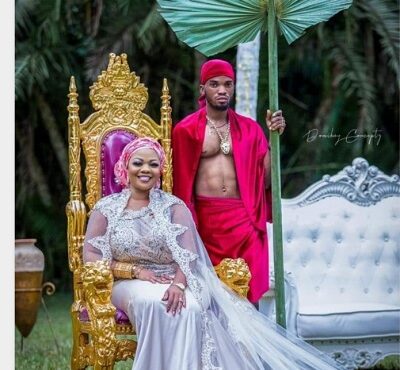 The gospel music gem, Empress Gifty has released the much anticipated  video for her song “Eye Woaa” making airwaves.

She had earlier shared with this paper testimonies she received since the release of her song.

“ I have been receiving a lot of messages from people, telling me about testimonies and what the song is doing for them,” she said.

The song mixed and produced by one of the nation’s finest sound engineers, Rev. Shadrach Yawson affectionately called Shaa, is available on all digital music platforms and it talks about how God can turn one’s life around in a short of time.

Video for the thanksgiving song was directed and shot from about four different locations in Ghana by Skyweb videos.

Empress Gifty is seen in the video rejecting gold and other riches but follows God believing in Him for a miracle.

Interestingly, her belief in God paid off, as her life was turned around.

‘Eye Woaa’ is to show appreciation to the mercies and goodness of God.

The video released on Tuesday January 11 on Empress Gifty’s Youtube channel has received a lot of praises from industry players for quality images and colour scheme among others.