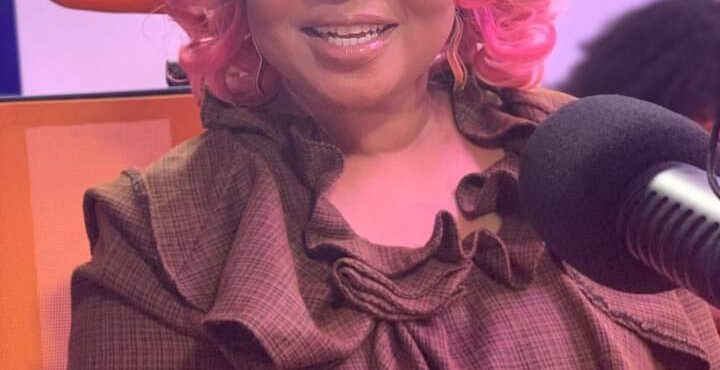 Ghanaian gospel music diva, Empress Gifty has revealed how her new song “Odi Yompo” save a marriage from collapse.

The song, “Odi Yompo” an Efutu language which means, You Are God, was released a few days ago featuring South Africa’s Zaza Mokhethi.

Empress made the revelation on Monday in an interview with Sammy Flex on Zylofon FM’s Showbiz Agenda.

According to Empress Gifty, a lady reached out to her last week to narrate some turbulence in her marriage, and how her husband has asked her to pack out of their matrimonial home.

Interestingly she had been listening to song and always burst into tears anytime she sings along.

Upon reaching out, Empress assured her that based on the faith in God and the song, her situation would be restores her.

Surprisingly, days after the lady packed out of their matrimonial home, the husband called her back.

Filled with so much amazement she called Empress Gifty on Saturday to share her testimony.

Also on same programme, a man sent a message that in the course of Empress Gifty’s performance of the song.

According to him, he got connected, cried and could feel that he had been delivered from an addiction bedevilling his lifefor many years.

Listen to the song below
https://youtu.be/AN7z7nA9cjs