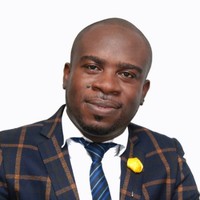 Men have been urged to cut down on eating processed foods and maintain a regular exercise routine to help reduce the risk of erectile dysfunction.

According to Dr Raphael Nyarkotey Obu, Honorary Professor of Holistic Medicine, erectile dysfunction is common in patients with cardiovascular disease but much of it has to do with lifestyle.

He told The Spectator that frequent and regular erections were a sign of good cardiovascular health however erectile dysfunction was not always a sign of a heart problem, as it could also be caused by anxiety, fear, discomfort, or other psychological challenges.

“If psychological issues are not your problem, and you have gone three months without an erection, then I would advise you take a look at your lifestyle,” he said.

He noted that sexual function was important for the quality of life of men, however, erectile dysfunction could be “a sign of a more deadly problem.”

“The inability to function sexually can be embarrassing to a man, there are many stigmas tied to a man’s manliness and his ability to rise to the occasion.

The renowned Researcher and Holistic Medicine Advocate, citing a review article in the European Heart Journal, indicated that more than half of men over 50 years and more than two-thirds of those over age 70 had erectile dysfunction, and that the condition had strong connection to heart disease.

He explained that a chemical known as Nitric Oxide is “mainly responsible for widening the arteries during physical activity, but it also helps bring blood flow to the male organ during sexual intercourse.”

He further asserted that the inability to get an erection is a common problem, but “it is not normal.”

Dr] Nyarkotey believes that a healthy man should experience three to four-morning erections a week but there’s no need to panic when the ‘organ does not want to cooperate’ as that could happen as result of stress.

He, therefore, called for the consumption of water melon and Hibiscus tea, for a “great and healthy penis”.