Exit of Esso, 4 others for free … case of managerial lapse or player ingratitude? 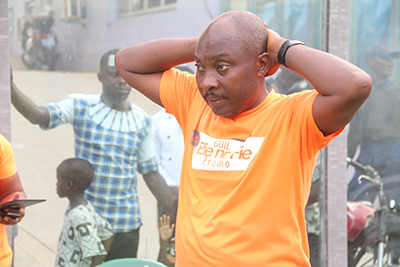 The process in securing the signatures of players is one that club officials in charge of transfers always hope to overcome quickly.

It becomes even more cumbersome when more than one club has expressed interest in the player.

As if that is not enough, the posture of the player’s agent and the attitude of the player tend to blow the entire transaction out of proportion.

These and other factors likely contribute to the kind of celebration often witnessed among soccer fans on news that their respective teams have signed certain players.

That aura around such transfers is not only peculiar to the foreign or advanced leagues. It is a phenomenon that cuts across every league competition around the globe.

In Ghana’s football scene, two major events have occurred this week; putting fans on edge as they await a return of football action after the COVID-19 enforced break.

The first was the appointment of Nana Yaw Amponsah, a Ghana Football Association (GFA) presidential aspirant in the last election won by Kurt Okraku and being contested at the Court of Arbitration for Sports (CAS) on the corridors of FIFA as Chief Executive Officer (CEO) of Kumasi Asante Kotoko.

It has come as great news for members of the Porcupine Warriors family as the new CEO has already promised ‘heaven on earth’ for the Reds ahead of the first kick under his tenure.

But reviews over that appointment appears to have overshadowed a ‘Coup d’état’ in Kotoko’s fiercest rivals, Hearts of Oak that has seen five key players of the club exit the team on the free.

Top striker Joseph Esso, Christopher Bonney, Bernard Arthur, Benjamin Agyare and Abubakar Traore were all announced to be departing the club after the expiration of their existing contracts.

In fact, the news came as a shock to many who wondered why a club of Hearts stature would allow top first team players to run down their contracts and leave for free at the end of the season.

Considering the abrupt ending of the season one could pardon the Phobians for what many see as a disaster but as usual, a few have questioned the competence of officials in charge of player transfers and negotiations.

Hearts have found themselves in similar waters in the not too distant past where players like Thomas Abbey, Vincent Atinga, Kwame Kizito and Patrick Razak left the club under similar circumstances.

This will surely give credence to the school of thought of the section of the fans that believes there is something wrong with the club’s negotiation power and managerial skills.

Truth be told, this does not happen often. Even if it does happen, it must not be on such scale but indeed, one also understands how it works when a player takes a decision against an extension; it will take more than negotiation and managerial competence to change that stance – a case in point is the Charles Taylor saga with Hearts and Kotoko involved.

Hearts have since attempted to explain issues to the fans, citing the expectation or demands of the players, especially Joseph Esso, as the reason why those decisions were taken.

As a firm believer in loyalty and commitment, it will be suicidal to keep players whose commitment to a course is hinged on only the financial benefits.

In this industry, trophies remain the biggest currency for any club or player and in Ghana, Hearts and Kotoko represent the brightest platform for any player to win laurels; forget about the recent trend where they seem to have taken a nosedive in terms of performance.

The failure of the club to convince the five players to stay notwithstanding, it is limpidly clear that the players have the lost the desire to be in the rainbow colours and should be allowed to go.

But the case of Manchester City’s Leroy Sane in the English Premier League should offer Hearts and other clubs some lessons that it is not always advisable to let the players run the entire term.

Having failed to persuade the German international to stay, Manchester City sold him with a year left on his contract and got about £40m.

In the Hearts explanation, it was stated that negotiation was ongoing for a while so one could argue that the writing was on the wall; they saw the signs but paid little attention to it.

A legend of the club, Yaw Amankwah Mireku has also attempted to defend the club, parrying the blame on the club’s management and rather sought to cite ingratitude on the part of the players and the treatment often meted out to players when they join clubs.

Of the two, the latter is very striking and is very common with local clubs and coming from a player that excelled on the local scene, it must be taken seriously.

It was unfortunate he didn’t give many details. It will therefore be difficult to explain exactly what he means but from the little experience gained by association to local clubs, it would be important to advise clubs to take such matters serious to reduce such incidence.