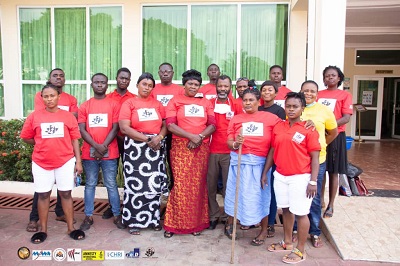 Family members of the 44 Ghanaians who were murdered in The Gambia in 2005 and the sole survivor, Martin Kyere, have appealed to the government to take meaningful steps to ensure justice and pay compensation to them.

They believed that the government‘s intervention to lead the campaign would go a long way to ensure that justice prevailed in the matter.

The Gambian government had set up the Truth, Reconciliation and Reparations Committee (TRRC) to investigate the massacre which happened under the rule of former president, Yahya Jammeh.

The spokesperson of the victims’ families, the survivor, Mr Kyere, expressed concern about the failure of the government for not doing much to ensure justice as well as payment of compensation to them over the years.

He said their call was under the auspices of Jammeh2Justice Ghana Campaign led by Mr William Nyarko, Executive Director of the Africa Centre for International Law and Accountability (ACILA) and Ghana Centre for Democratic Development (CDD-Ghana).

Mr Kyere recalled that President Nana Addo Dankwa Akufo-Addo, who was then the Foreign Affairs Minister when the killings occurred in July 2005, actually led a high-powered government delegation to The Gambia barely two weeks after the first eight bodies were found in the Brufut Forest.

Similarly, former President John Dramani Mahama, was the Vice President of the Republic when the NDC administration signed a Memorandum of Understanding with The Gambia in 2009 to accept a 5,000 US dollars donation from The Gambia, which was to be given to the families to help with the burial expenses of the victims, out of which more than half of the amount was allegedly misappropriated.

“However, to date, no one has said a word about the need to ensure justice and compensation to the victims’ families and survivors”, though there had been confessions made by three Gambian soldiers in July 2019 to the TRRC.

“We, therefore, call on the government to commit to ensuring justice and compensation to the victims’ families and survivors of the July 22 massacre of our fellow Ghanaians in The Gambia”, he said.

He stated “if we do not see justice soon from The Gambia and Ghana, we will be forced to take the case to the Economic Community of West African States (ECOWAS) Community Court of Justice”.

Mr Kyere indicated that, in October 2019, through the help of the Jammeh2Justice Ghana Coalition, which is spearheading the campaign to bring Mr Jammeh to book and compensation paid, a letter was taken to the TRRC that they qualified as victims under the TRRC Act 2017, and “that we have been waiting to appear before the Commission to have our case heard, to which the TRRC agreed”.

“But as I speak, the TRRC has not officially responded to our request, and we urge the Gambia TRRC to, as a matter of urgency, provide us with the requested information and let us have our day before the TRRC”, Mr Kyere said.

He called on the TRRC to request for a copy of the UN and ECOWAS fact-finding report about the July 2005 massacre which has never been made public.