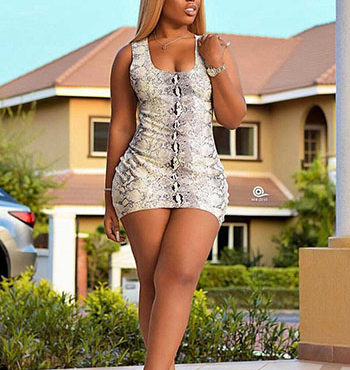 Fantana did not attend her expected meeting with RuffTOwn REcords, her record label – Bullet, the CEO of RuffTown, had summoned Fantana to a meeting on Monday, May 18, 2020, amid her current beef with label mate, Wendy Shay – Fantana decided to watch movies at home rather than attend the meeting which was to discuss her future with RuffTown Our Manifesto: This is what YEN.com.gh believes in Install our latest app for Android and read the best news about Ghana Singer Fantana, born Francine Kouffie, maybe finding her way out of Ricky Nana Agyemang aka Bullet’s RuffTown Records if current events are anything to go by. Fantana has been engaged in a beef with her label mate, Wendy Shay, in the past few days with each of them throwing jabs on social media. It will be recalled that Fantana recently described Wendy Shay as a local champion during an interview on GHOne TV. Fantana, while making a point about female artistes in Ghana, chose Efya, Becca, and Wiyaala as the most prestigious female music stars with international recognition. She described Wendy Shay and the rest of the ladies as local champions explaining that all their exploits are only known in Ghana. Wendy Shay who was offended by the statement came on social media to jab her label mate by asking her to make hit tracks with her big teeth instead of news headlines. Fantana then came up with a swift reply in which she described Wendy Shay as ugly and likened her to man. She later went on Instagram live to throw more punches and even stated that she did not want any songs from RuffTown again. This triggered a response from Bullet who summoned Fantana to a meeting on Monday, May 18, 2020, to ostensibly talk about her future with the label. But from all indications, the meeting did not come as Fantana failed to show up. Instead of attending the meeting, she decided to watch movies at home. As if to taunt Bullet Fantana shared a photo on Monday evening to indicate that she did not step out of her house. The photo has Fantana showing her living room and TV to show amovieplaying on the screen.