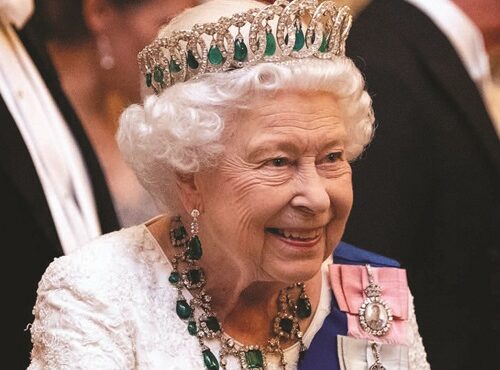 The sudden passing of Her Royal Majesty, Queen Elizabeth II of Great Britain, which sad event occurred on Thursday, September 8, 2022, at the hospital in London, struck the world with grief.

This is because Her Royal Majesty, Queen Elizabeth II issued appointment document to the new British Prime Minister, Liz Truss, on Wednesday, September 7, 2022, at the Buckingham Palace, at an impressive ceremony, only to join Her ancestors in the celestial realm the next day. Oh! What a sudden death! and a world of mysteries in which we live.

She represented the ‘soul’ of the people of not only Great Britain but the Commonwealth of Nations comprising former British colonies. Her reign of 70 years on the throne is the longest in the history of the British Monarch.

Her reign would go down in history as the period that saw the end of hundreds of years of British Colonial rule in certain parts of the world.

In West Africa, the British colonies were: The Gambia, Sierra Leone, Ghana and Nigeria then dubbed the four British Sister colonies of West Africa.

Ghana became the gateway for gaining Independence from British rule of over 100 years on Wednesday, March 6, 1957, followed by Nigeria and so forth.

Whilst on the throne, Her Majesty Queen Elizabeth made two significant Royal visits to Ghana on the invitation of the first President of Ghana, Osagyefo Dr Kwame Nkrumah of blessed memory. She visited Ghana on November 9 – 20, 1961, and again visited Ghana on the invitation of the President Jerry John Rawlings also of blessed memory, on November 7- 9, 1999.

The late Queen was not only beautiful and graceful by nature but, always appeared calm, humane and was a highly decent minded person. She was so free and made high profile visitors feel free and comfortable with her.

On one occasion, when Ghana’s first President, Osagyefo Dr. Kwame Nkrumah, visited London and welcoming him, the Queen in a joking manner asked President Nkrumah “whether the stick he often held was the source of his power” and President Nkrumah gracefully laughed. It increased the joy of their happy moments.

Readers, at this point, permit me to quote the Reggae music icon, Bob Marley of blessed memory, who declared on his last days on sick bed: “One thing I have realised is that not even money can be used to exchange death for life.”

It is an undeniable fact that many people including the poorest die in the world due to lack of fund. On the other hand, no amount of wealth or money could have been exchanged for the lives of prominent people in the likes of Nelsom Mandela, Dr Kwame Nkrumah, Jomo Kenyatta, Abraham Lincoln, Lady Diana, Margaret Thatcher, Prince Philip and Queen Elizabeth.

The people of the world loved you but the most High Father loves you the best. May Mother earth lie lightly on all of you as you rest peacefully and eternally until the resurrection day when we shall all meet again. Fare Thee Well.