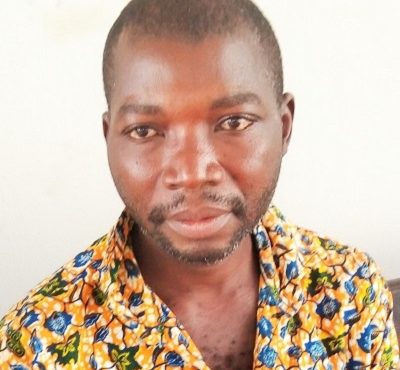 Divine Borbor, 40, a farmer at Dzemeni in the South Dayi District of the Volta Region slashed the chin and hand of his 16-year-old daughter with a machete as punishment for visiting her mother, the Ho Circuit Court has heard.

He pleaded not guilty to causing unlawful harm when he was arraigned before the court last week Friday.

Inspector Clever Ayayee, who represented the republic, told the court, presided over by Mr Felix Datsomor that the estranged couple still lived in Dzemeni at different locations.

That made it possible for their daughter, a Senior High School (SHS) student, to visit her mother on daily basis and help her with the household chores, the court was told.

According to the prosecution, the girl often spent the night with her mother and returned to her father’s house the next day, early in the morning to execute similar domestic duties.

The court heard that on June 20, at about 7am, when the girl returned to her father’s house again, the accused ordered her to leave.

The prosecution said that the girl did not budge and that angered her father who left the compound for the room and returned outside with a machete.

There and then, the prosecution said, Borbor used the machete to inflict wounds on the helpless girl’s chin and right hand.

Subsequently, the girl’s mother reported the matter to the police at  Kpalime-Duga leading to the arrest of Borbor.

On June 23, Borbor was brought to the Domestic Violence and Victim Support Unit (DOVVSU) in Ho, where he was charged with the offence after investigations.

The girl has since been treated and discharged from hospital, the prosecution said.

The accused who was remanded in police custody is expected back in court on July 22.