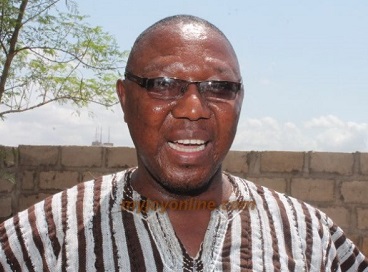 The Member of Parliament (MP) for Builsa South in the Upper East Region, Dr Clement Apaak, has berated the leadership of the New Patriotic Party (NPP) for just scolding its members for flouting COVID-19 protocols during their primaries.

He expressed disappointment in President Nana Akufo-Addo for just scolding members of the New Patriotic Party (NPP) for flouting COVID-19 protocols during their primaries and described the President’s lack of firm action as very ‘shameful’ in an open letter addressed to the President on June 28, 2020.

Dr Apaak’s abhorrence to the President’s ‘mild rebuke’ stems from the fact that some members of the public having conducted similar offences have been prosecuted and jailed saying  “having opportunity to address the nation a day after the NPP primaries on  June 21, the President failed to mention the unfortunate show of impunity by members and supporters of his party.

“Indeed, many videos and pictures that were circulated, showed identifiable faces, which should pose no difficulty to law enforcement to identify culprits, if the President wished to apply the law but, as expected, a week on, the President, having grabbed another opportunity to address the issue.

“After a week of open criticism from a cross section of Ghanaians, to the effect of discriminating against some class of Ghanaians, President Akufo-Addo shamefully pardoned his party members for openly offending his own law.

“To close churches and order citizens about in a certain manner without same applying to his party members, smacks of hypocrisy, divisiveness, and is detrimental to national unity, President Akufo-Addo during his acclamation by his party on June 27, 2020, admitted that his party, the NPP, failed to fully comply with some of the COVID-19 preventive measures and hygienic protocols during its parliamentary primaries and admonished them not to let that repeat itself.

“This past weekend, our party came to the end of the processes that we have to go through to prepare for the elections in December to prepare for the primaries in constituencies where we have sitting MPs, unfortunately, in our enthusiasm and sheer unbridled joy, we broke some of the COVID-19 safety protocols and it should not happen again,” President Akufo-Addo cautioned. -ghanaweb.com