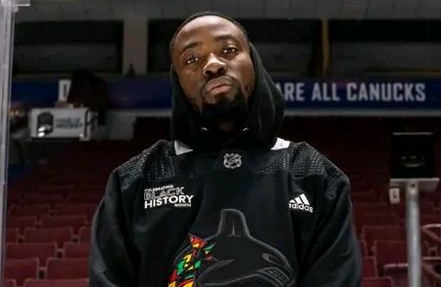 To celebrate the contribution and achievement of personalities across various sectors, we turn attention this week to the Diaspora to tell the stories of two Ghanaians who are excelling in their respective fields, as captured by the Ghanaian American Journal.

They are Jason Bempong, a Ghanaian-Canadian artist and Mary Nkrumah, an entrepreneur making waves with her local cuisines abroad.

He is the creative director of local brand, Sleepless Mindz. The brand name, according to him, came up in 2013 when he found himself “sketching and working and then looked at the clock to realise it was four in the morning.”

Like many children of Ghanaian descent, he developed a deeper understanding of his heritage as he grew up. He learned how to draw from his father, who always kept a sketchbook around.

Throughout his childhood, he began noticing African patterns and designs worn by members of his community while attending church and family events and later learnt to appreciate the history behind eye-catching patterns.

He attended high school briefly in Ghana as a teen before settling abroad. According to him, designing the jerseys had enabled him to “come full circle and give life to what he has learned about his [Ghanaian] culture.”

Drawing inspiration from the Kente for the clothing line, he incorporates the red, yellow, green, and black colours of the Ghana flag in his designs.

“Black is for spiritual power and maturity, Yellow represents royalty and prosperity, Green for renewal, growth, and harvest, and Red represents lifeblood, passion, and strength,” he explained.

He was recently part of the opening ceremony of the Vancouver Mural Festival, a non-profit agency dedicated to artistic and cultural development, and has designed the first-ever Black History Month jersey for the Vancouver Canucks, the professional ice hockey team based in Vancouver, Canada.

Bempong says the artistic project represents what this team, city, and the people stand for. Sleepless Mindz has about 777 collections including T-shirts, long sleeves and hoddies displayed on its website.

“Follow your dreams, don’t give up. Stay sleepless and keep following the vision when people doubt you,” he says and hopes to inspire other people.

She was born into an entrepreneurial family. Her grandma sold kenkey while her mother was a successful baker and also a produce seller. She inherited her entrepreneurship traits from these two women in her teenage years.

“All the children would like to come to my house to play because of the food. When they come to my house, they can get bread. And we were always making fun stuff together,” she recalled.

In her teens, she set up a rice stand and later opened her own restaurant in Ghana called Oceanview Garden Restaurant in her adult life.

She got married to Jonathan Roberts, a Mount Saint Vincent professor who specialises in West African History, and later relocated to Canada to join her husband.

Mary’s desire, before moving to Canada, was to have her own restaurant. However, she got there heavily pregnant and had to spend weeks and months babysitting.

“I got denied a lot but finally we got my visa on the fourth try. I had the baby two weeks after I arrived in Nanaimo,” she said.

After welcoming their second child, Mary and her husband moved, once again, to Halifax and sent off resumes to a number of local businesses to gain culinary experience.

In 2012, she launched Mary’s African Cuisine as a stand at the Seaport Farmers Market in Halifax and followed it up with the launch of Kicks Café.

Her journey to owning a restaurant in Canada was tough as coups in the 1980s, somewhat disrupted her business.

“Flour was so expensive and was not common so, it was only bakers who were allowed to have flour. We had to wait for someone to check the bread before we could sell,” she recalled.

She again faced challenges while operating her restaurant at the Seaport Farmers Market. In 2015, managers of the market wanted to move her food stand and other ethnic food vendors from the first floor to the second floor.

The market, however, rescinded its decision to move them upstairs but they were asked to sign a $1,500-a-month lease, triple of what they used to pay.

After three years, she moved out and acquired another Café in 2018, which a year later reopened as the well-patronised restaurant with the same name they used.

“We’re nowhere near where we wanted to be. My wife works like crazy just to survive. The ones who survive are the ones who sacrifice their lives to keep the place open,” Mary’s husband, Roberts, said.