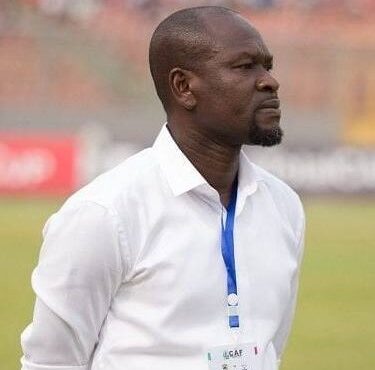 In the course of the week, the Ghana Football Association (GFA) endorsed the engagement of Portuguese tactician – Patrick Greveraas, as second Assistant Coach for the senior national football team, Black Stars.

The move, we have been told, was at the behest of head coach of the team, CK Akonnor. It may sound quite weird, especially when we already have David Duncan serving as the first assistant to Akonnor.

Well, we understand that is what the Stars chief trainer himself bargained for. And, he was specific about the choice – an expatriate.

Seven months ago, too, came the appointment of German German Benhard Lippert as new Technical Director of the GFA.

There have been hordes of 64,000-dollar questions from Ghanaians as to what may have triggered the appointment of an additional assistant – and also the interrogation of the role of Duncan in the team.

Is it that Akonnor is not eliciting the requisite technical support from Duncan or thinks the first assistant does not have what it takes to complement his quest to drive the Stars to nirvana? That response lies in the bosom of Akonnor.

Importantly, however, the coaches must find a way of working as a team in order to achieve the desired result.

The 45-year-old Greveraas, a former PSV Youth Coach – and ex-Feyenoord assistant, is expected to use his expertise to bring some quality to bear on the technical team ahead of the 2022 FIFA World Cup qualifiers and the 2021 African Cup of Nations in Cameroon.

Indeed, the new deputy trainer is already in the country sharing ideas with his boss, as the Stars prepare to engage Morocco and Cote d’Ivoire on June 8 and June 12 respectively – in friendlies.

One does not really care about the number of coaches the FA wants to hire or bring on board (once they wield some class) to ensure Ghana wins the continental coronet. It is one trophy Ghana needs badly.

Many of the nation’s youth today are yet to witness Ghana lift the Nations Cup at the senior level. It is a disturbing phenomenon. It is a distressing lamentation!

Year-in-year-out, we swagger into the continental campaigns with blazing optimism only for our dreams to come crashing into smithereens! Indeed, the last time Ghana felt and held the trophy was in Libya 1982 – some 39 years ago!

It is as bewildering as pathetic!

A lot of theories have been propounded ostensibly to find out what had gone wrong all these years. Some say it had something to do with hard luck – Cote d’Ivoire having upstaged the Black Stars twice at the lotteries of penalty shoot-out (1992 and 2015), to win their only trophies.

We only hope we have learned some hard lessons going into Cameroon 2021. Well, there might be nothing wrong with beefing up our technical staff.  The number does not really matter. What is most significant is the quality of players we bring on board. We need to see some serious-minded, supremely loyal, technically-gifted and patriotic guys making up the national team.

Again, it really does not matter the kind of technical assistant you dash in for. You can haul in the best technical brain, but that effort could be rendered feckless if not complemented with players who are all-too ready to fight on the pitch and deliver.

Already, Ghanaians have not been amused about the team since the calamitous Brazil 2014 World Cup tournament, and the players cannot afford to exacerbate matters.

We need to get players who are fully-loaded for bear, to die out of exhaustion on the pitch rather than give up – or throw their hands up in despair, when the going gets tough.

As we have seen in some previous Black Stars games, the thirst to grind the result sometimes typically goes missing. This must not be the case, this time around.

Ghanaians hate to see their Stars slump in defeat so effortlessly. Even in defeat, fastidious fans would still be fine to applaud the players, once they see them fight fiercely all through a game.

Our players must always be ready to fight; they must battle and hunger for the points once they don the national shirt.

They(players) can pretend not to care about their image; but they must always be reminded that the nation’s reputation matters – and should seek to safeguard it, anytime they plunge into action.