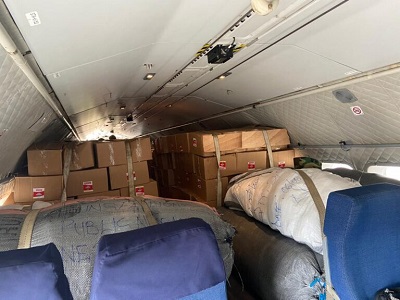 Former President John Dramani Mahama has called on the government to withdraw the Public University Bill from parliament because it will colonise the tertiary institutions and stifle their academic freedom.

“Should government proceed and pass the Bill into an Act of Parliament, I will not hesitate to initiate steps for its immediate repeal, as a matter of priority, if God willing I assume office as President in January 2021,” he said.

In a statement issued in Accra yesterday, the flagbearer of the National Democratic Congress (NDC) said: “In its current form, it is unclear what problems or challenges in higher education the bill seeks to resolve.

“What is certain howeverthat, the bill is seeking to colonise public universities in the country, undermine academic freedom, stifle scholarly initiative, and subject research and researchers to needless and unproductive government control.”

The bill, seeks to harmonise the finances, administration and governance structure of public universities with reasons for its drafting including that universities continue to veer off their core mandate and are misappropriating their resources.

The Ghana Academy of Arts and Sciences, University Teachers, some former vice-chancellors, individual academics in the universities among many other stakeholders, have kicked against it.

“The bill as it stands does not only risk undermining academic innovation and ingenuity; it will also jettison decades of scholarly excellence and adversely affect Ghana’s position as the preferred destination for international scholarly collaboration,” he said and asked the government to listen to the stakeholders.

In his view, instead of the bill, the universities need partnership that fosters academic freedom, enhances their efficiency and also invests in research and development.

He cited the COVID-19 rapid test kit innovation from the Kwame Nkrumah University of Science and Technology (KNUST) and their partner INCAS Diagnostics Company as one of such outcome that was begging for support.

“Our academics and students need support to focus on their core mandates of creating and sharing knowledge, not a Public Universities Bill that seeks to control and undermine the independence of our intellectuals and other researchers in state-owned universities,” he said.

Meanwhile, the Ministry of Education says the Public University Bill will not stifle academic freedom and undermine research and innovation when passed into law, as asserted by former President Mahama.

A rebuttal from the ministry issued by Rodney Nkrumah-Boateng, the press secretary to the sector minister, Dr Matthew Opoku-Prempeh said the bill had received the needed stakeholder inputs to make it robust.

“The ministry would like to put on record that it has extensively engaged shareholders on this matter, having invited, and received, memorandum from the various public universities and other stakeholders.”

“The ministry assures the general public that it is committed to the  engagement  process with  the relevant stakeholders  and is confident  that eventually,  the bill  will receive  the necessary  approvals  to enable  it pass into law and help reform the tertiary landscape  to the ultimate  benefit of the nation,” it said.

According to the statement, the comments by former President Mahama “smacks of desperation” and that Ghanaians were expecting clear innovative policy alterative and not promises of reviews and abolitions of existing ones.

“Ex-President Mahama is entitled to speak on any matter but must first be educated and informed. It is wholly unacceptable  for a person  of his statute to pander to partisan  politicking on such an important issue without  ascertaining  the facts  simply  because it is an election  year,” it said.

Questioning if the Technical University Act passed by the Mahama-led administration, stifled academic freedom, the ministry said this government had done more to promote research.

It said this government had, in addition to the restoration of the Book and Research Allowance abolished by the NDC government, approved 200 per cent increase in research allowance from GH₵500 introduced by former President Kufour to GH₵1,500.

It said it had also laid before parliament, the Ghana Research Fund Bill to establish a fund to provide for funds and to support national research in tertiary and research institutions.