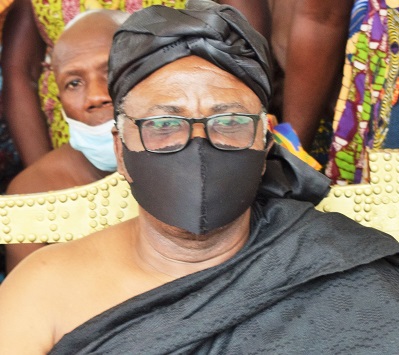 Students of the Avatime Senior High School (AVASEC) at Vane in the Ho West District of the Volta Region are said to be defecating indiscriminately in the open with impunity, not only on campus but also in the neighbourhoods due to lack of adequate and decent toilets .

This became the subject matter for discussion at the last quarterly meeting of the Congress of Ho West Paramount Chiefs and Queens at Dzolo-Kpuita during the yuletide.

Osie Adza Tekpor VII, President of the congress who touched on the issue, revealed that some of the students dug shallow holes in the open and defecated in them while others did it in polythene bags.

As a result, the campus and the surroundings of the town are strewn with excrement with the accompanying stench, and health risks making life unbearable in the town, which is the traditional capital of the Avatime Traditional Area.

Osie Adza Tekpor said the sordid and soaring trend was not only disgraceful but also an affront to the status of the second cycle institution.

Worse still, he said, the state of affairs coincided with ongoing efforts by the Avatime traditional authorities to woo foreign and local investors to the area to revive potato, apple and grape cultivation, and also perk up the tourism industry at Avatime.

“The nasty scenes and the surroundings filled with repugnant odour would turn away the investors,” the Osie bemoaned.

Meanwhile, Onetsitsie Osei Yawa VIII, Paramount Queen of Avatime sought to know how students of a second cycle institution could be so morally depraved that they threw polythene bags with excrement even into church premises.

“This is horrifying, indeed,” she grieved.

The congress called on the assembly to rise up and address the problem by providing toilets in the school this month, before all the students returned to campus.

Responding, the District Chief Executive (DCE), Mr Ernest Victor Apau gave the assurance that, the problem would be tackled as a matter of priority, not only at AVASEC but also at other senior high schools in the district.

He said that, a water closet project at Kpedze Senior High School was nearing completion.