Free SHS in its current state is a disservice – Prof. Addae-Mensah 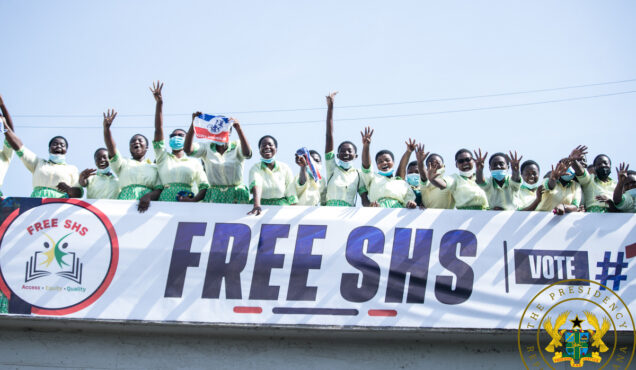 A former Vice-Chancellor of the University of Ghana, Professor Ivan Addae-Mensah, says the Free senior high school (SHS) programme in its current state is a disservice to the country.

According to Prof. Addae-Mensah, one of government’s flagship programmes is draining the economy, making it ineffective.

Speaking to JoyNews’ Benjamin Akakpo on the AM Show, Prof Addae-Mensah revealed that in 2012 and 2016, he informed the governing party of the shortcomings of its policy.

However, he said his ideas were described as “incompatible with the President’s objective.”

But presently, he feels vindicated as “some of those people who thought what I was saying was too far-fetched are not the same people singing the song I have been singing.”

Last week, conversations on Free SHS arose when government announced a review of its flagship programmes.

The Free SHS programme was a major campaign promise by then-candidate Nana Akufo-Addo in 2016, which has subsequently become an essential part of the educational system.

There are calls for the gramme to be reviewed because it is not sustainable as it has become a drain on government’s budget even with the economy in crisis.

This was after Information Minister, Kojo Oppong Nkrumah revealed that all 16 flagship programmes of government will soon be reviewed to ensure their objectives are well achieved.

To remedy the deficiency, the former Vice-Chancellor advised government to “let those who can afford pay and whatever they contribute will go a long way in helping those who truly need help.

“I don’t know why if I was in a position to send children to school, I don’t see any reason government should pay for the food my child or grandchild should eat in the boarding school.”

Professor Addae-Mensah added his voice to the numerous calls urging government to allow the well-to-do in society to cater for the wards tuition.

Political Scientist at the University of Ghana, Professor Ransford Gyampo, Economist and Chairman of the National Development Planning Commission, Professor Stephen Adei, urging the government to consider a review of its flagship Free SHS policy.