Freeing ourselves from colonial mentality – brownman or blackman 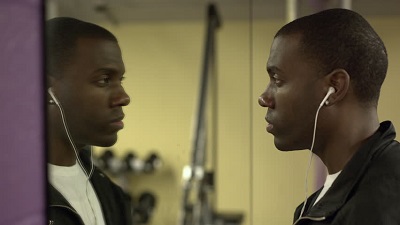 On several occasions I have stood in front of the mirror to observe my looks, I have wondered why I should call myself a Blackman?  Unless I am colour blind, the colour of my skin is more brown than black.  When I am putting on my trousers, I clearly see a very marked difference between my black trouser and the skin colour of my legs and I begin to wonder why I should accept the erroneous idea that the colour of my skin is black, and therefore I should call myself a Blackman.

It is true that the skin colour of some of our family members and friends can be termed as black. There are people in some communities in the western part of Ghana whom one can say are black.  In fact one is assumed to be from a particular part of Ghana if his or her skin colour is black.

However, the majority of the people are more brownish than blackish and so on the average it would be wrong to call Ghanaians black people.  There are people in southern Nigeria, in the Calabar area that look like Caucasians but are very African.  How can you refer to these people as Black?

There is a very funny situation that makes for interesting analysis.  There was a film about apartheid and the murder of Steve Biko.  In that movie, the man playing the role of Steve Biko was asked by the judge that “Why do you call yourself Black because you are more Brown than Black” and in response Steve Biko said “Why do you also call yourself White, you are more Pink than White”.  That statement brought home to me a profound truth and set me wondering why Caucasians call themselves white when it is evidently and abundantly clear that there is a marked difference between the colour of their skin and the colour white.

It brings to mind a people with either a confused state of mind or a people willing to pursue a deliberate agenda, at all cost. There is a definite racist white supremacist agenda that wants to implant an idea of inferiority complex in the mind of the African and people of African Descent.  The objective is to make the African lose his or her sense of dignity, self-confidence and identity so that as a group, they can be easily controlled.

At the religious level, deliberate effort has been made by colonial powers to depict the African both on the continent and in the Diaspora as evil.  Have you ever seen a picture of the Devil as a Caucasian? The answer is a definite no; he is always depicted as a Black person.  It carries a certain subtle message which suggests to people that Africans and people of African Descent are of the devil and therefore evil. When this narrative is perpetuated according to the theory of propaganda, it has the potential to reinforce the perception that Africans and people of African Descent are evil.

People should, therefore, not be surprised at the rate of police brutality towards people of African Descent because there is a stereotype which brings to mind a person of potential criminal intent whenever a policeman sees a so-called black person.

Take a look at some words and phrases in the English language: Blackmail, Black sheep of the family, Blacklist, Black eye, Black market, Black out etc. are all geared towards ensuring an agenda to project so-called “Black people” in a bad light.  All along there is a campaign to destabilise the wealthiest African nations and their systems by Western countries to project Africa as a poor continent that cannot survive without the benevolence of western countries according to Mallence Bart-Williams, a world-class Social Entrepreneur.

She further stated that this is achieved through Multi-million dollar PR advertisement campaigns waged by organisations like Oxfam, Unicef, Life Aid, Red Cross etc. The rationale behind this, is to prevent the threat of exposure to the world of how weak the Western World is without depending on the resources from Africa.

Therefore, let us continually create conditions that would project Africa and the people of African Descent as people who cannot survive on their own without so-called Western help.  How best to achieve that is by creating an environment that would result in self-destruction by undermining the Unification of Africa agenda which was first initiated by Dr Kwame Nkrumah, the first President of Ghana. His overthrow through a coup d’état has now been established as having been orchestrated by the Western World, through the CIA to be specific.

There is the need, therefore, by Africans and people of Africa Descent to start rejecting the idea that they are Black People and start calling themselves Brown People if they want to use colour to define their identity as a people.  This initiative must start from my own country Ghana where we pride ourselves as the Black Star of Africa.

It should rather be the Brown Star of Africa.  There must be a deliberate effort to start an indoctrination process for people of Africa and Africa Descent to start believing that they are not black, that they are not evil like the devil and must start drawing the devil as a Caucasian since the actions of Caucasians like slave trade, colonisation of Africa etc. is a clear demonstration of the attributes of the devil.  Talks must be organised in junior and senior high schools and tertiary institutions to reinforce this deliberate indoctrination with the objective of renewing the mind of the African that he or she is not inferior to any person of a different colour to his or her own.

The responsibility of freeing ourselves from colonial mentality, also to a large extent, depends on our leaders who must show the way. The citizens of the various countries also have a responsibility of holding our leaders accountable. A combination of these two things is the surest way of freeing ourselves from colonial mentality and raising the dignity of the African.  The greed and the selfish interest of a lot of our leaders like the Mobutus, the Sanni Abachas etc. must be curtailed.

Jacques Chirac, the former French President, is on record as saying that “We have to be honest and acknowledge that a big part of the money in our banks comes precisely from the exploitation of the African continent”.  A strong collaboration of people on the continent and those in the diaspora is the way to go in establishing our claim to recognition on the international stage.

An intensive renewal of the mind approach has to be adopted and practicalised by starting to love our neighbour as ourselves as the Bible declares in Mathew 22:39.  The attitude of pull him down must be replaced with lift him up and push him up as Africans. This is what the Jews have established among themselves and no wonder they have the financial power and therefore wield such great influence in the world.

It is a well-known fact that a Jew would rather buy from another Jew even if the price of the Jewish shop is higher than that of a non-Jewish shop of a product, of the same quality.  In fact it is claimed that money circulates 20 times among Jews before it goes out of their circles.  This is a great lesson Africa and Africans in the diaspora must learn and practise and as we renew our mind, in other words become restless, we shall break free of the bondage of the tag of Third World just as Isaac declared upon Esau in Genesis 27:40.