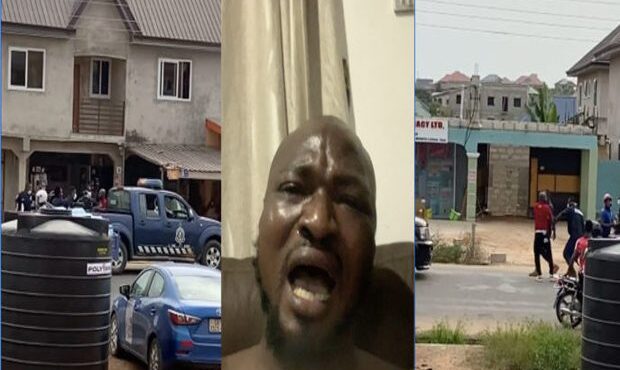 She said he was arrested after he engaged in an altercation with a drinking pub owner.

“On the 8th of February 2021, around 3:30 pm, the Millennium Police Command arrested the comedian, Funny Face in connection with an offense of discharging firearm in a public place,” she stated.

Accordingly, a fight broke out between Funny Face and the bar owner in the bar.

The comedian, according to information available to DGN Online, initially left the bar but returned later with a pump-action gun, firing a warning shot at the pub.

Wondering what @funnyfacegh did wrong to deserve this from some officers of the Ghana Police service pic.twitter.com/bzIgfQMk5J