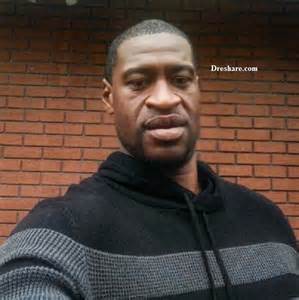 A Black man who yelled “I cannot breathe” as a white Minneapolis police officer pinned him down with his knee in the US state of Minnesota died late on Monday, police confirmed, drawing outrage from community members and leaders, and leading to the officers’ termination.

Video of the incident shows the police officer pinning down George Floyd, believed to be in his 40s, to the pavement with his knee on the man’s neck for several minutes. Floyd was identified by prominent civil rights lawyer Ben Crump, who said he had been retained by the Floyd family.

Floyd can be heard saying in the video: “Please, please, I cannot breathe.”

The officer tells Floyd to “relax”.

Floyd responds: “I can’t breathe. Please, the knee in my neck.”

The officer continues to hold down Floyd with his knee for several minutes, with Floyd pleading and asking for water.

“My stomach hurts. My neck hurts. Please, please. I can’t breathe,” Floyd cries out, while moaning and trying to cough.

Those who were watching the incident unfold can be heard begging police to move off Floyd.

“He is not moving,” an onlooker can be heard saying. “Get off of his neck.”

It is unclear what happened before and after the video was taken.

Minneapolis Police Chief, Medaria Arradondo said during a news conference on Tuesday that the four officers involved in the incident were now “former employees”.

The city’s mayor, Jacob Frey, confirmed that the officers had been terminated, saying “this is the right decision for our city”.

In a statement earlier on Tuesday, the Minneapolis Police Department said its officers were responding to a “report of a forgery in progress”.

“After [the suspect] got out [of his car], he physically resisted officers,” the statement said. “Officers were able to get the suspect into handcuffs and note he appeared to be suffering medical distress.”

He was then transported to a nearby medical centre where he died a short time later, the department said.

The Minnesota Bureau of Criminal Apprehensive (BCA) said it was “investigating the circumstances surrounding an incident”.

It added that it was sharing information with the FBI, which “is conducting a separate federal civil rights investigation at the request of the Minneapolis Police Department.”