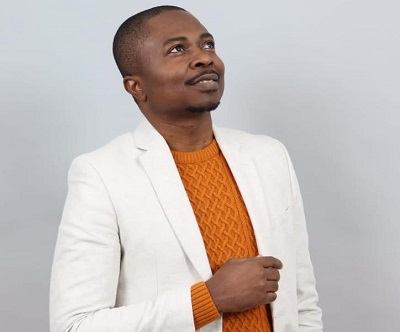 Put together by Papa Owura, the soul-lifting worship tune aims at restoring hope, confidence and the ability able to withstand circumstances and tribulation in one’s aspiration to greatness.

With his last single ‘Onyame Aye Bi’ still receiving massive airplay, Krown in an exclusive interview with The Spectator said the song would transform lives and bring joy to many who have chosen to give up due to the challenges of life.

“When you look around the world, people are in quandary and  need hope to be able to overcome. I prayed to God and asked Him to give me a message which speaks into the lives of people and I settled on Hope.”

Speaking on his second single after rebranding from Nana Kusi, the Worship Leader of Global Harvest Ministries (UK) he said often times songs were judged by how “they blow out of proportion” rather than the impact the song bring.

“There are specific people God leads you to write a song for. Once these people are reached, then the song has served its purpose and with Hope, it is touching lives,” he said.

With four singles to his credit (Thank you Lord, Jesus you have been good, God Alone and None like You), Krown – who doubles as a Deacon in the Church of Pentecost (UK), said he teamed up with sensational Ghanaian female singer, Joyce Yeboah, who he had known for a long time.

He asserted that promotion had always been a challenge. However, with his good rapport and strong relationships built around the few he trusted after a couple of songs released, ‘Hope’ had been well received by gospel music lovers.

Krown burst onto the music scene about a decade-and-a-half ago, releasing his first work in 2009.