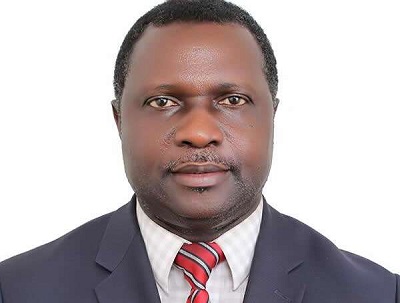 A 40-year-old basic school teacher in the Upper Manya  Krobo District of the Eastern Region , is said to have been given compulsory retirement notice before his statutory retirement age is due.

The teacher, Mr Isaac Kwabla Tettey, is said to have been teaching for the past 20 years and is currently stationed at Sutapong , near Sekesua,  in the Upper Manya Krobo District.

Reportedly, his employers, the Ghana Education Service (GES), recently notified him to proceed on retirement because he has reached the statutory retirement age of 60.

Mr Tettey is, however, protesting the directive ordering him to proceed on retirement; claiming that he was born on 31st December 1981 not 1961 as being contended by his employers.

Indeed, Mr Tettey places the contentious ‘grievous anomaly’ surrounding his untimely retirement at the door-steps of the GES.

Reportedly, Mr Tettey’s records at the Social Security and National Insurance Trust (SSNIT) , clearly indicate that his birthdate is 31st December 1981, as filled by him when he signed and submitted the SSNIT form at the time he was employed.

Speaking to 3FM Radio recently, Mr Tettey traced the anomaly of his retirement date to the District Directorate of Education that submitted his personal records to the GES Head Office in Accra.

Mr Tettey said: ” I think that the person in-putting the information to the GES Head Office made it 1961 instead of 1981.

“It was after I received my notice of retirement that I observed that there was something wrong.”

He said, when he complained to SSNIT about the anomaly, he was directed to go to the GES to rectify it.

From the way Mr Tettey was lamenting on 3FM Radio, his claim could be a very genuine clerical or typographical error on the part of his employers.

But all the same, investigation can establish the truth or falsity of his assertions. Shakespeare says:”There is no art to find the mind’s construction on the face.”

So, it is only proper investigation into the matter that will assist the GES to arrive at the truth.

In Ghana, it is not common for an individual teacher to walk to a ‘news station’ to ‘trumpet’ his plight to the hearing of the entire nation.

Mr Tettey is said to be a member of GNAT. So, GNAT must take this matter up with the GES to ensure that the matter is expeditiously resolved.

Some teachers, however, contend that there are a lot of bureaucratic bottlenecks in the ‘ large womb’ of the GES ; to the extent that even ‘ minor’  ‘ teacher-issues’ take years and years to be resolved by the GES.

Please, GES, if what the teachers are saying is true, then surprise the whole nation by expediting action on this particular matter.

A research study of “Perceived Consequences of Unplanned Retirement Staff of Educational Institutions” has, however, recommended that Institutions should invest in pre-retirement activities for their staff before their retirement.

The four researchers have called for greater sensitsation on pre-retirement planning, contending that workers must be alerted about perceived retirement consequences very early in their working life, so as to allow adequate time to prepare to adjust to better life towards retirement.

The researchers recommend that an employee’s date  of retirement should be  attached to his or her appointment letter to keep the retirement date in mind, right from the very beginning of one’s working life.

The four scholars recommend also that government should establish a policy that would compel all organisations and Institutions in the country to organise retirement seminars for their employees, who have between 10 and 15 years to retire.

This, they claim, would give them better space to prepare before their retirement.

The fact of the matter is that, many retirees in Ghana do not have decent retirement life. This is because Ghanaian workers and their employers do not prepare adequately for this phase of life through education and planning.

Really, it takes considerable time and resources to prepare an individual to enter employment, and so similarly, the employee has to be prepared adequately to exit employment, when he is due for retirement.

Many workers who may not know what to do with their lives after retirement, often turn to be hopeless.

As we patiently wait for the outcome of Mr Tettey’s retirement ‘palava’  from the GES , this column urges government and all employment institutions and organisations to urgently consider the study undertaken by the four scholars and actualise some of their lofty recommendations; to ease the burden of prospective retirees.