GH¢6 million shopping centre project for Wa in the pipeline 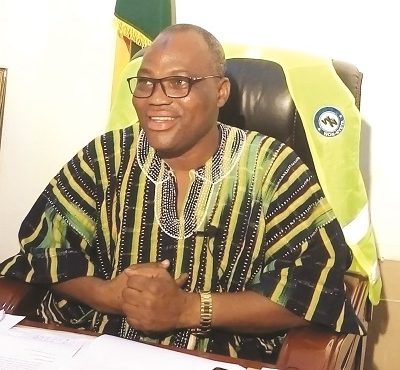 The Wa Municipality of the Upper West Region is to benefit from a GH¢6 million shopping centre project at Fadama under the World Bank’s Ghana Secondary Cities Support Programme.

The shopping centre which would be constructed at Fadama, the central business district of Wa, under the first phase of the support programme would comprise 98 stores with police post, fire station, crèche, pavement, car park and a town hall.

This was announced by the Municipal Chief Executive (MCE) of Wa, Alhaji Issahaku Tahiru Moomin, at a news conference held here over the weekend to brief the media about the implementation of the sub-projects under the Ghana Secondary Cities Support Programme in the municipality.

Alhaji Moomin hinted that Wa was the only municipality in the Upper West Region to have been selected for the project, alongside 24 other municipal assemblies across the country.

“Under the first phase of the programme, the assembly will construct a shopping centre at Fadama with modern stores that would be equipped with a fire station, police post, crèche, car pack and a 300-sitting capacity town hall,” he stated.

He explained that it was relevant to construct the centre to ensure that trading at the market was done in a safe, convenient and harmonised environment.

The MCE said the procurement processes for the construction had been completed and the contract had also been awarded for the commencement of the project, adding that the entire project was scheduled to be completed within nine months.

He stated that the plot for the construction had already been acquired and affected persons had been resettled, adding, “we have over 150 market women in that area and all of them have been provided with alternative places where they could transact business. We have given them stores at the new market.”

He said the project had attained the support of all relevant stakeholders within the municipality, after they were detailed on the scope and relevance of the project.

He expressed confidence that when completed, the project would enhance economic well-being of the citizenry.