Ghana Hajj Board promises to refund fees of pilgrims 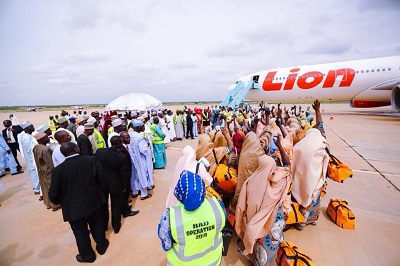 The Ghana Hajj Board (GHB) says it is working feverishly to refund the Hajj fees of pilgrims and Hajj agents who paid to take part in this year’s Hajj pilgrimage.

This follows the cancellation of the programme to international participants by the Saudi Government.

A statement issued the by GHB and jointly signed by the Chairman of the Hajj Board, Sheikh  and Alhaji Issah Umar Suleiman, Ghana Hajj Agents Association, copied to the Ghanaian Times in Accra yesterday, said the Minister of Hajj and Umrah and the Government of Saudi Arabia last June,  issued a statement cancelling this year’s Hajj to international participants.

It said the cancellation of this year’s Hajj pilgrimage to international participants by the Saudi Government was due to the coronavirus pandemic and the risk that it continued to present to the well-being of society.

Subsequently, the statement said GHB “has received requests from pilgrims and Hajj agents for refunds of their Hajj fees.”

The GHB and the Ghana Hajj Agents Association said the monies paid by pilgrims were intended to pay for Hajj services in the Kingdom of Saudi Arabia including accommodation, feeding, transportation, procurement of Hajj bags.

According to the statement, deposits for the Hajj services were made as far back as February, 2020 in preparation for this year’s exercise.

“We have received indication from the Saudi Authorities that, refunds would be processed by September, 2020, which is after the local Hajj has concluded,” the statement said.

It requested all persons who had directly or via their Hajj agents, paid monies to the Hajj Board through the bank, to co-operate with management, as they work to successfully address their concerns.

The GHB urged the general public to disregard any previous statement or television interviews or social media post that had been made with respect to the cancellation of this year’s Hajj.

The statement said: “Ghanaian pilgrims will not be able to travel to Makkah, to perform Hajj this year,” due to the cancellation of the programme to international participants by the Saudi Government to the outbreak of the coronavirus pandemic.

About 6,000 pilgrims were expected to travel to Mecca to participate in this year’s Hajj

Last year, more than 6,000 pilgrims were successfully flown from Ghana to Saudi Arabia to perform the Hajj rituals.

The fee for last year’s Hajj was pegged at GH¢19, 000 and same was priced this year.

Hajj is an annual pilgrimage to the Holy city of Mecca where Muslims perform various rituals as part of an Islamic obligation.

It is the fifth pillar of Islam, which enjoins every Muslim who can afford, and is physically fit, to embark on the pilgrimage, at least once in their lifetime.

Each year, millions of Muslims from all parts of the world converge on Saudi Arabia to praise Allah, express appreciation to Him for His mercies and also seek blessings and forgiveness for their trespasses as part of the rituals.