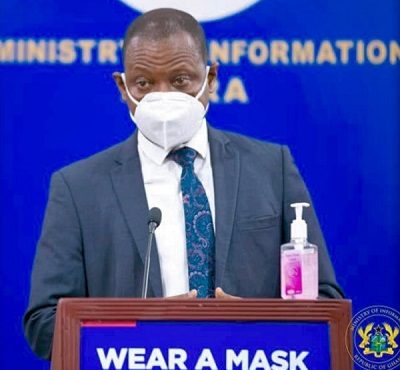 Ghana’s recovery rate for COVID-19 has skyrocketed to 10,473 from 4,548 following an amendment of the Ghana Health Service (GHS)’s national discharge policy.

The reform which is in conformity with the World Health Organisation (WHO) guidelines allows for asymptomatic patients who are admitted to go home 14 days after treatment without a second test.

For symptomatic patients, if they respond to treatment 14 days after testing positive, they are discharged after a further three days without showing any symptoms.

However, a second test would be conducted on discharged patients from home.

Per a latest update on its website, 15 more casualties have been recorded shooting the death toll to 85 as the national case count hits, 14,007.

With the high number of discharges and recoveries, Ghana’s active case now stands at 3,449.

Of the number, 22 are in severe conditions, six in critical state and five on ventilators at the various treatment centres.

A regional breakdown between March and June this year has 6,068 out of 7,860 persons who tested positive in the Greater Accra Region recovered and discharged.

The Ahafo Region on the other hand is yet to have any of its eight cases improved or discharged.

The WHO, in new studies, has established that after 10 days of the disease onset, the virus may not be infectious and asymptomatic patients may not be active carriers hence their chances of spread is extremely limited because they do not sneeze or cough.