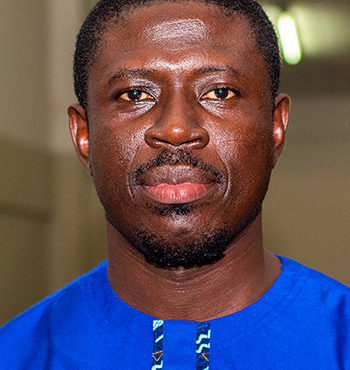 Ghana’s tourism sector will take between two to three years to fully recover from the effect of the COVID-19 pandemic,an Associate Professor at the Department of Hospitality and Tourism Management of the University of Cape Coast (UCC), Prof. Ishmael Mensah has predicted.

Speaking to the Ghanaian Times in an interview yesterday, Prof. Mensahwho is also the Ghana Director of the Confucius Institute, UCC said that the International Tourism Organisation (ITO) projected a decline of international tourist arrival between 20 and 30 percent for the year due to the impact of COVID-19.

This he explained would impact Ghana’s tourism sector extensively due to the fact that the domestic tourism industry had not been developed.

He has, therefore, asked players within the sector to brace themselves up for the setback and innovate to ensure they survived the scourge even as steps were taken to ease the restrictions.

In addition, he has urgedthe government to lead the way in the recovery processes since it was one of the critical sectors of the Ghanaian Economy, stressing that”We should not leave the recovery efforts  in the hands of hotels, airlines and other organisations within the value chain” he said.

Tourism until the discovery of oil in commercial quantities was the third highest foreign exchange earner for the country, however, with the discovery, it has been dislodged.

Currently, it is the fourth largest foreign exchange earner with more than $1.7billion, representing about six per cent of the country’s Gross Domestic Product for 2019.

Prof. Mensah said the sector had globally declined due to the pandemic; however, the impact of the decline at the local level would differ depending on individual countries.

“The tourism sector globally has declined due to the pandemic; however, the impact at the local level can be even more devastating unless some innovative ways are adopted to prop up the sector.

“I see, a number of hotels have shut down whiles other agencies within the industry are facing challenges of eminent collapse,” he said.

However, he said the domestic market even though not well developed, would commence with the recovery processes first and then that of inbound tourism would pick up gradually, adding that, “the road to recovery will be a long while.”

Prof. indicated that the tourism sector was a resilient one, saying, “We have to understand that all is not lost but the state needsto put in adequate measures to ensure the sector gets out of the current challenges quickly”.

As part of the recovery processes, he called for the state to put up an intensified promotional and marketing campaign, adding that “such a campaign may enable the country discover new markets.”

He commended government for showing leadership with the GH¢600 million stimuluspackages for businesses and urged those in the industry to apply for funds to address their challenges.

However, he said there would be the need for the “Beyond the Return” project which was supposed to have commenced this year to be re-launched when things normalised in about two to three years time to enable the sector to take full advantage of the diasporan market.

On a possible slump of tourism from being the fourth foreign exchange earner in the country, Prof. Mensah said, that would not materialise with a decline in the other entire sectors due to the pandemic.

“Tourism will continue to be the fourth exchange ex-change earner despite the challenges the sector is facing due to the COVID-19 pandemic” he said.