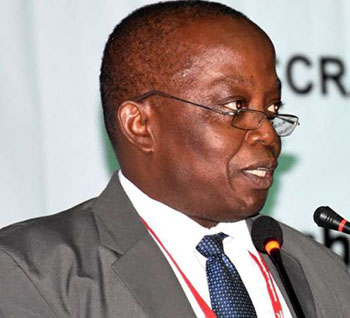 The Auditor-General has revealed that ghost names on public sector payroll in 21 Ministries, Departments and Agencies (MDAs) have cost the state GH¢467,634,792.

The report, a copy of which has been presented to the Speaker of Parliament for action revealed that the ‘ghosts’ involved are 7,823.

Conducted between June 2018 and January 2020, the report, in line with Section 16 of the Audit Service Act, 2000 (Act 584), was to provide an independent assurance on the overall payroll management systems of government.

Signed by the Auditor-General, Daniel Yaw Domelevo, the report recommended that the Controller and Accountant General Department (CAGD) terminated the contracts of the persons involved.

Apart from the above, the Auditor-General’s report also showed that employees who had passed the compulsory retirement age were still on the payroll.

“Our review showed that, names of 84 employees who had attained the statutory retirement age and had no contract extension were still on the payroll.

“To ensure full compliance with provisions of the Constitution, we urge the CAGD to ensure proper configuration of the payroll system,” the report advised.

On suspected case of personation, the Auditor-General said some employees used the academic certificate of others to secure employment into the public sector.

“Our examination showed that two or more employees shared same records. This became obvious as two or more bore same names and date of birth.

“Out of the 412 affected employees, our follow up to 46 sampled employees confirmed this assertion. We observed that whereas 23 of them were able to prove ownership of their academic certificates, 23 of them were unable to do so.

“To ascertain the authenticity of the outstanding 366 employees, we provided the details to the heads of the MDAs/MMDAs to investigate and submit a report for our further review within three months after the publication of this report.

“During our examination, we suspected a total of 19,203 academic certificates presented during the enumeration exercise to be fraudulent.