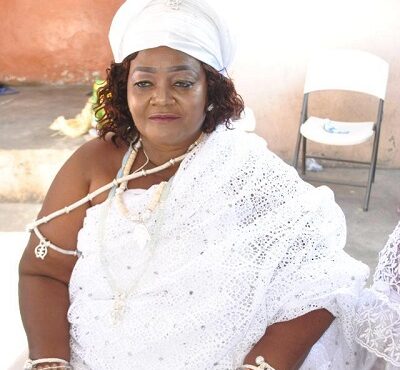 Madam Lydia Naa Kowah Quaye, Kaneshie Market Queen, has advised women who engage in prostitution and stealing as their means of livelihood to desist from such dehumanising acts.

This, according to her, is not the decent way of making a living no matter the circumstances a woman faces in her life.

She has, therefore, entreated all those who fall within this category of “professional” to either sell ice-water, ingredients or any tem of their choice to restore their dignity in society.

She said just as the Bible says “the one who is unwilling to work shall not eat,” it was imperative for people to engage in morally sound forms of work instead resorting to lazy approach like prostitution and stealing among other illegal activities.

Speaking with The Spectatorin her office at the Kaneshie market, she said, “it was shameful for women to have sexual affair with men for a living, stressing that “God did not create us to be engaging in such acts to survive.”

She indicated that many market women were graduates from various universities yet made money by selling items or wares.

“So why do others for the lack of jobs substitute hard work for prostitution and stealing? That is very wrong and people must desist from such acts because they are not only against God, but also criminal and not sustainable,” she noted.

Madam Lydia NaaKowahQuaye said she measured womanhood with dignity and hardwork and quoted Matthew 11:28, which says: “Come to me, all you who are weary and burdened, and I will give you rest,” to buttress her point and advised single mothers to work hard and cater for their wards.

“It looks difficult from the beginning but once you are determined, God would help raise your children into responsible adults,” she noted.

The Market Queen said, she was proud of her market women who worked tirelessly to provide in various capacities for their children and guardians thereby describing all women who engaged in any legal job as “real women”.

She said, trading provided steady income so all young women who were unemployed could venture into such business to make ends meet.