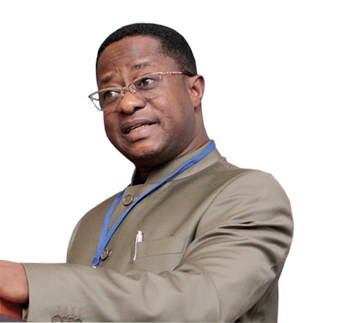 Addressing a press briefing in Accra yesterday, he said, as at December last year, the government had paid the full amount of electricity bills and currently had a credit balance of GH¢500 million with the power distributor.

In order to remain current on bills expected to be paid by the government since assuming power, he said an annual payment of GH¢2 billion was made to the ECG from 2017.

“As of December 2016, when the National Democratic Congress (NDC) left office, the bill owed ECG by the government at that time was GH¢2.63 billion.

On assumption of office, the New Patriotic Party (NPP) ensured that it was current on all the bills incurred during its tenure, from 2017 to date. On the average, President Akufo-Addo has paid GH¢2 billion annually to cover its bills with the ECG,” he added.

Additionally, he said unreconciled additional payment of GH¢4.14 billion by government to fuel suppliers of power producers, which were yet to be credited to government would position the country toward addressing financial challenges crippling the sector.

In this regard, the Energy Sector Reform Programme designed to improve the sector, Mr Amewu noted, has been approved by cabinet to ensure a reliable and effective electricity company in the country.

President Nana Akufo-Addo, in his sixth address to the nation, announced government’s decision to absorb the electricity bills of consumers as part of measures to mitigate the impact of the coronavirus disease on Ghanaians.

He said as part of the measures, government would fully absorb the electricity bills for people who consumed zero to 50 kw/h of electricity for the periods of April, May and June.

He added further that, for residential and commercial users, government would absorb 50 per of the electricity bills using March 2020 as benchmark.

The decision, he said, was to support industry, enterprises and the service sector, as well as provide some relief to households for lost income.

Ghana’s confirmed cases of the disease is presently 5,918 with 31 deaths and 1,754 recoveries.

As it stands, the country’s active cases are 4,128 with five persons in critical and moderately ill conditions at the various treatment centres.