‘Govt should be cautious about re-opening of schools’ 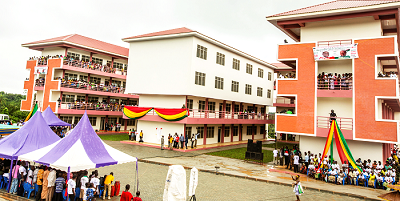 An educationist is appealing to the government to deal cautiously with the issue of re-opening schools in the midst of COVID-19 pandemic.

This was necessary because the issue at stake was a serious one which must be handled with maximum care to prevent the disease from escalating further in the country.

The educationist who pleaded anonymity in an interview with The Spectator said having considered  the rate at which the infection was spreading , the authorities should make room for the COVID-19 positive  figures to subside before considering re-opening the schools.

According to her, it was unfortunate that some of their colleagues were pressing hard for re-opening of schools with no regards to the serious health implications at stake, especially when it came to dealing with large  number of children.

She was of the view that since the number of COVID-19 cases had increased over a relatively short period, there was the possibility of encouraging the further spread of the disease in schools, hence the need to be careful not to put the children at risk.

The educationist said though students in tertiary institutions could be careful and conduct  themselves well, it would be extremely difficult for teachers who handled nursery and kindergarten schools to take absolute control of the children.

She said at their age, the children hugged and held  hands of each other as a sign of expressing love.

The educationist intimated that some parents said they would not allow their children to go to school should the government re-open  schools at a  time when even adults struggled to escape being infected.

She described the situation as a dicey one since teachers could also infect the pupils and vice versa.

On her part, the Headmistress of St Maurice Roman Catholic  A & B  Junior  High School, La,  Mrs Evelyn  Ampomah- Nkansah  said in as much as stakeholders in education were  eager for the re-opening of  schools, the right structures must be put in place to facilitate a swift academic work and prevent the students from contracting the virus.

She intimated that something must be done about class sizes because a class with  an average of 45 students would not be a conducive environment  for social distancing.

She  added that parents and guardians must monitor their children at home and prevent them from going to unacceptable sites on the internet.