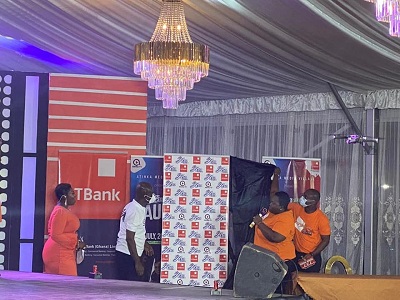 The wait is over as organisers of plus size dance reality dance show, Di Asa launched the season 5 of the competition last Friday.

The event which was held at the Dor Event Annex at North Kaneshie in Accra saw past winners and contestants throng to the launch for a successful programme.

Speaking to The Spectator, Mr. Kingsley Nsiah-Poku, Acting Managing Director of Atinka Media Village, said auditions which would set the tone for the event would start in first week of August in the Oti Region, adding that all the 16 regions would have their turn to audition for the event.

He noted that by the end of the audition, about 60 contestants would be selected for the 30 shows prior to the grand finale.

He said the winner would walk away with a salon car, followed by Mini truck and tricycle for the runners-up.

Mr.Nsiah-Poku expressed his appreciation to GT Bank for coming on board as the title sponsors and all the other companies who have to decided to partner them.

The Divisional Head of Corporate Communications and Experience for the GT Bank, Mrs. Agnes Owusu-Afram was happy for associating with the Di Asa brand.

The launch was interspered with amazing performances from Mr.Drew, Sherifa Gunu, Kay 9ice, Nhyiraba Mary, and young Poet, Nakeeyat and some past contestants among others.