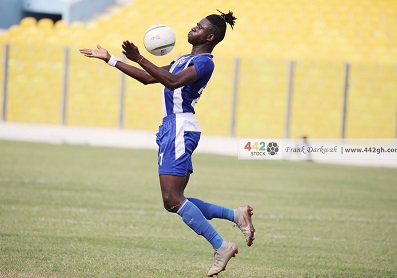 Second-placed Accra Great Olympics will be eager to rev up their title ambitions slicing league leaders, Asante Kotoko’s lead to six points by securing a win against Accra Lions at the Accra Sports Stadium in their Ghana Premier league (GPL) Week 19 fixture tomorrow.

With Kotoko and Hearts absent from league duties this weekend after the two traditional giants battled it out yesterday in the Presidents’ Cup, Olympics can momentarily seize the occasion to cut Kotoko’s 40 points haul by increasing their tally to 34 points.

This also puts a distance between Olympics and third and fourth-placed sides, Bechem United and Aduana Stars respectively, both on 30 points and desperate to displace Olympics.

The ‘Wonder Club’ showed a lot of character and fighting spirit to hustle a late 2-1 winner against visiting Real Tamale United (RTU), signifying their status as an eminent contender for the title race.

But playing as the visitors on this occasion against Lions who sit on the edge of the relegation drop zone, Coach Annor Walker and his boys must expect a spirited fight from the young team, who have shown not to lack in talent but in finishing and experience and bear a strong resolve to avenge their 3-1 defeat suffered at the hands of Olympics in the first round.

In a game that will significantly impact the chase for top-four places, fourth-placed Aduana Stars will be seeking a revenge mission against fifth-placed King Faisal as the two sides clash at the Baba Yara Stadium.

King Faisal knocked Aduana Stars 3-1 at Dormaa, shattering their long-held record as an invincible ground for visiting teams and with Aduana’s 30 points just a point better than Faisal’s 29 points, they will be motivated to exact their revenge to put a significant distance between them and the Kumasi-based club.

Given the onerous nature of Aduana’s task as Faisal have lost just once at the Baba Yara, much will be expected of ‘Ogya boys’ marksman, Bright Adjei, who has hit fine fettle –  bagging 11 goals –  just two goals shy of Kotoko’s Cameroonian marksman, Franck Etouga, to provide the clinical moments Aduana needs to emerge victorious.

In other Sunday fixtures, 14th-placed Bibiani Gold Stars will welcome sixth-placed Medeama to the Dun’s Park; eight-placed Karela United host tottering Ashantigold at the CAM Park, whilst Eleven Wonders will draw inspiration from their 4-1 walloping of Ashgold at Obuasi as they confront Berekum Chelsea in a derby clash at the Ohene Ameyaw Park.

High-scoring Dreams will account for bottom-side Elmina Sharks at the Dawu Theatre of Dreams, while the early fixture today will witness RTU’s attempt to quickly shrug off their last-gasp loss to Olympics when they lock horns with Legon Cities at the Tamale Sports Stadium.