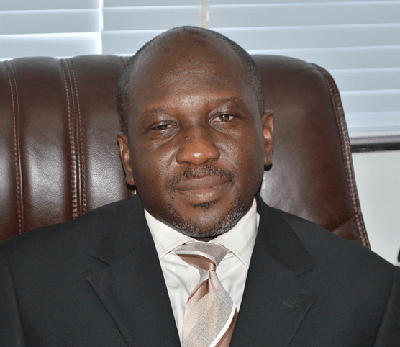 The Ghana Water Company Limited (GWCL) has begun spilling excess water from the Weija dam as the water levels continue to rise beyond its normal capacity.

Public Relations Officer of the Company, Mr Stanley Martey told the Ghanaian Times in an interview that from the dam’s safe operating level of 47ft, water level had risen to 48.3ft as at yesterday, necessitating the spillage to prevent a possible collapse.

“Within the last three days, the water level has risen more than 10ft. As at Sunday, it had reached 47.9ft from 37ft but this morning it has reached 48.3ft which exceeds its maximum level and if we do not spill, we may be putting the dam in harm’s way.

“We started the spillage at 12:00pm yesterday and we are doing it gradually. We have started with two gates out of the five we have and we have opened it at 12 inches wide. As the levels rise, due to the rainfall pattern, we may have to add more gates and open more to spill the excess water.”

According to Mr Martey, as usual of the routine exercise, all stakeholders as well as residents living and owning properties along the dam site have been cautioned to move to safer grounds to protect their lives and properties.

“We have informed all the stakeholders that matter in the exercise. We should have spilled earlier on but we had to hold on to make sure we have informed everyone before doing so. Unfortunately, for the past 15 to 20 years nothing has changed with regards to people building along the buffer zone.

“We have done everything to stop people from building but it persists. People think they are responsible for their decisions and it is the District Assemblies who will have to be more serious in stopping these new developments.”

Mr Martey insisted that the GWCL could not be blamed for any eventualities resulting from the spillage adding that, “we will continue to spill until it is safe for us to stop. If we get more rains, we will open more gates for spillage.”

Touching on repair works on reported cracks of the dam and damaged filters for water production, the PRO indicated that plans are being undertaken to replace the damaged filters and refurbish the dam.

The Municipal Chief Executive of the Weija-Gbawe Municipal Assembly (WGMA), Mr Patrick K.B. Kumor in an interview pointed out that the Assembly was preparing to “open the estuary to allow the excess water to flow into the sea to prevent flooding.”

“We had prepared earlier enough for this and sent information to all people living around that area to move to safer places. So far, pressure from the water spilled isn’t too high to flow into the estuary so it is under control though we are still monitoring.”