Harnessing the business side of dancing …Isaac Allotey shows the way 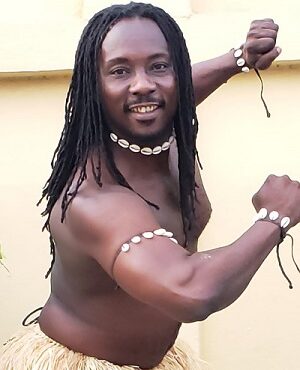 Isaac Allotey aka ‘The African Lion’ has proved that dancing is not only an art for pleasure or exercise, but it is a serious business.

Starting as a juvenile dancer with friends and joining groups to dance, he never knew he could be famous, until he grew up and travelled outside Ghana.

Dancing to the highest level has propelled him gain knowledge in a field, and believes young people in the space could capitalise on their talent to make ends meet.

According to him building a unique brand opened a lot of doors and lifted one above those seeing it as pleasure.

Against this backdrop, ‘The African Lion’ has a huge heart and believes in giving back to society.

His philanthropic endeavours include Dancefrica, a US non-profit organisation that he co-founded and serves as a director.

Dancefrica’s mission is to invest in the future of Ghanaian children by providing financial and creative support to undeserved, high risk children, so they may find success and prosper in their adulthood.

The nonprofit’s first big event is Save the Dance, a competition for children under 17.

Isaac Allotey is again a founding member of the Ghana Alliance of Dance Professionals and has been able to maintain his connections with his international students by providing online classes and workshops during the pandemic.

His talent and fantastic special skills in moving his body and taking majestic steps earned him the Ghana National Dance Champion in 2002, and won the Malta Guinness National Champion in 2005.

Through dance, he has been exposed to many things in life and experienced different cultures, and travelled to the USA, Germany, Canada, Australia, South Africa, Senegal, Burkina Faso, Mali, Nigeria, Benin, Cape Verde and Togo.

He has worked on series of television programmes, and was a main judge for the Bumper to Bumper 2021, an eight weeks televised competition on TV Africa.

Allotey choreographed the opening dance for Di Asa, an Atinka TV Reality Series and Competition featuring the dance talent of women and worked on the Lawrence Otoo Dance Competition as a Judge.