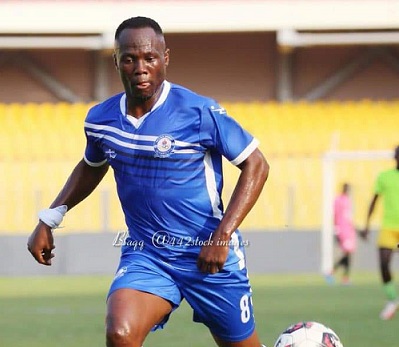 The 2022/23 betPawa Ghana Premier League (GPL) has finally kicked off with Hearts of Oak set to begin their campaign with a clash with Aduana Stars at the Nana Agyeman Badu Park in Dormaa today.

The 2022-21 winners failed to live up to expectation during last year’s season campaign which was dominated by inconsistencies.

The Phobians, who only took solace in winning the FA Cup last season, would be desperate to begin the new campaign on a bright note with a win away from home.

With the likes of arguably the best player in Ghana currently – Daniel Afriyie Barnieh, in hot form, along with Seidu Suraj and Mohammed Alhassan – who were sensational for the Black Galaxies, Hearts’ redemption from last season seem to be in place.

Skipper of the Black Galaxies, Gladson Awako, though failed to replicate the form that saw his switch from Accra Great Olympics to Hearts last season, would also be eager to make a statement in the Rainbow colours.

Aduana, however, would be comfortable playing at home and set up to frustrate Hearts with support from their home fans.

In other games today, Great Olympics will face off with Bechem United at the Accra Sports Stadium in another fascinating encounter.

The Dade boys after winning the GHALCA G6 tournament should be beaming with confidence going into the new season and a win against Bechem United at home would be a great start.

With former Black Stars player and World Cup winner Emmanuel Agyemang Badu bringing some experience and leadership into the squad, Olympics look set to challenge for some silverware this season.

The Bechem team had been a delight to watch in recent times and is gradually becoming a huge force to reckon with on the local scene and could challenge for a top-four place or possibly for the league title this season.

At the Golden City Park, Berekum Chelsea take on King Faisal in another mouth-watering clash with both teams expected to battle for all three points.

At Bibiani, last season debutants who ensured they remained in the league, Gold Stars will play as hosts to Dreams FC, while Karela would battle it out with Tamale City at the Crosby Awuah Memorial Park. Newly-promoted Kotoko Royals would be looking forward to making a good impression as they engage Accra Lions at the Rovers Park, while Medeama welcome Legon Cities to Tarkwa for an interesting game.

Newly-promoted Tamale United will host another newcomer Samartex to a fierce clash on a delightful weekend of football. However, the match between defending champions Asante Kotoko and Nsoatreman FC has been postponed due to the champions’ engagement in continental football.