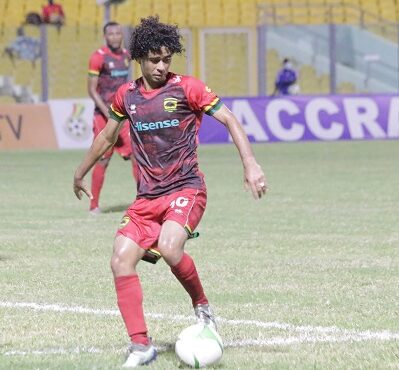 The long-standing fierce rivalry between two of Ghana’s most successful teams, Accra Hearts of Oak and Kumasi Asante Kotoko will be reignited tomorrow when the two combatants clash at the Accra Sports Stadium in a Ghana Premier League (GPL) Match Week 14 outstanding fixture.

Edgy fans of both sides would look forward to an intriguing ‘Super 2’ clash after the encounter was postponed due to Kotoko’s engagement in continental football competition.

Having failed to qualify to the stage of the Confederations Cup competition, the coast is now clear for both sides to ‘energise’ their respective campaigns to return to Africa club competition by emerging tops in the GPL; and also knowing that a win in the encounter will go a long way to boost their confidence.

Sadly, the clash that would usually attract a mammoth crowd would be played behind closed doors as part of the enforcement of Covid-19 restrictions.

Despite the troubles in their camp, Hearts appear to have rediscovered their groove, pulling two important wins over Dwarfs and Liberty Professionals to boost their confidence ahead of the tie.

Another win for Hearts, currently sixth on the league table, could hand them a top four place as they look forward to finishing the season as one of the teams at the summit.

The likes of Patrick Razak and the team’s top scorers Victor Aidoo and Kwadjo Obeng Jnr are expected to give Kotoko enough trouble upfront with young forward Isaac Mensah who scored in two consecutive games as a substitute would also be hoping to start for the Phobians to continue his rich scoring form.

However, a ‘wounded’ Kotoko side that crashed out of the CAF Confederation Cup would hope to make amends in the Premier League with a win against their rivals.

They would go into the game hoping to make their dominance at the Accra Sports Stadium count once again having succeeded in turning their adopted Accra Stadium grounds into a waterloo for visiting sides in recent years.

Since 2006, Kotoko have won six of their 12 encounters with Hearts who have been victorious on four occasions and two of the games ending in a draw.

Kotoko’s last victory against the homes side was in January 2020 before the pandemic where they won 2-1 to add to the Phobian’s frustration in Accra.

The Porcupine Warriors would also count on the likes of Fabio Gama, Sulley Muniru and Habib Mohammed to lead a formidable guard to counter the threats from their rivals.

It would be a defining encounter for both teams who are desperate to clinch the three points following a topsy-turvy season so far.