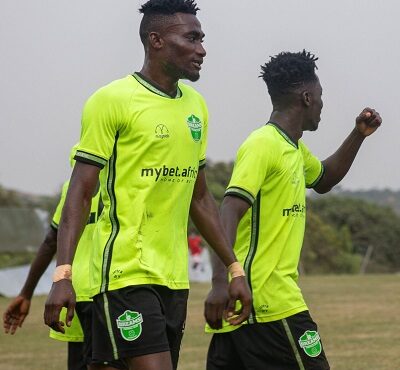 Will it be a moment of revenge for Dreams FC when they welcome Hearts of Oak to the Theatre of Dreams, at Dawu in a thrilling match day 22 fixture of the Ghana Premier League tomorrow? Can Dreams make this possible after their leading scorer left few weeks ago to join Algerian outfit MC Algier.

These are some of the questions being asked as Joseph Esso’s absence will be greatly felt after he chalked 10 goals in 16 games for the ‘Still Believe’ lads before leaving the shores of Ghana.

Dreams fell prey to a humiliating 3-0 defeat in the hands of the Phobians in December and will be eager to avenge the disappointing first round result. Heartily, gaffer Vladislav Viric could count on the individual prowess of the dangerous trio of Agyemang Boateng, Emmanuel Ocran and Percious Boah to pull the strings for the side. The second round have seen the home team record just a single win in four games with two draws, conceding one defeat  which have seen them drop from the top-four slot now to sixth position.

The Phobians, on the other hand, will be seeking to patch things up after the frustrating draw against Karela United last weekend. Not the best of starts from the visiting team, Hearts have managed only two victories with one defeat and a stalemate in their last four outings – and could use this daunting test to keep them in the title race should they pick all three points. Looking to close the two point difference on leaders Medeama SC, skipper Fatawu Mohammed and his charges would leave no stone unturned in their quest to keep their title hopes alive and end the trophy drought since they lasted lifted the trophy in 2009.

Second-placed Kotoko will travel to face Legon Cities at the Accra Sports Stadium in a very dicey encounter. Kotoko were 1-0 winners in the first round, courtesy Osman Ibrahim’s solitary strike – but this time under a new gaffer Mariano Barreto. The Porcupine Warriors would be aiming to continue their dominance and find their winning spot on after they picked up their first lost after four games into the second round, following a 2-1 comeback win for Medeama SC.

Gradually moving out of the danger zone, the Royals could use this test to seal a crucial win and ensure they move from the relegation zone and secure a comfortable spot on the table. Struggling King Faisal will welcome fifth-placed Karela United to the Ohene Ameyaw Park tomorrow in a very crucial game where King Faisal should fancy their chances and secure a win to move them above 16th-placed Eleven Wonders.

Karela have failed to pick a single win in the last four games and will be aiming to return to winning ways.

Leaders Medeama will play as hosts to tricky Ebusua Dwarfs at the Akoon Park in Tarkwa as a win for the Yellow and Mauve lads will keep their pace for the title and extend the points. Should Dwarfs seal a victory, they will move from 11th to a mid-table spot.

Great Olympics will welcome Liberty Professionals to the Accra Sports Stadium tomorrow with both sides aiming to secure a win.

Elmina Sharks will battle it out with Ashantigold in a very fearsome encounter at the Nduom Park tomorrow.

Aduana Stars will square off with Eleven Wonders in a very cagey affair today in Techiman.

Bottom-placed Inter Allies will have a huge mountain to climb tomorrow when they travel hours to face Bechem United at the Bechem Park.