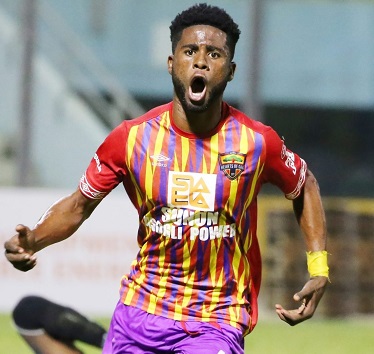 Hearts of Oak have a mammoth chance to make it to the next stage of the CAF Champions League competition when they clash with Guinean champions Club Industriel de Kamsar at the Accra Sports Stadium tomorrow.

Tomorrow’s tense tie will be a one-off affair, following a military coup in Guinea a fortnight ago, which saw the country’s borders closed after its President, Alpha Conde, was toppled.

Hearts were expected to travel to face Kamsar in the first leg of the preliminary round, with the return a week later.  However, the game was to be reduced to a single match as result of the coup.

The Phobians have been worried about their recent form, having lost two friendlies ahead of tomorrow’s encounter.  Hearts first slumped 1-0 to Togo champions ASKO de Kara, before being beaten 3-2 by newly-promoted side Accra Lions in their preparatory games.

However, the Ghanaian champions are expected to rise to the occasion and put their best foot forward as they plot the fall of the Guineans.

The home team will be bolstered by the presence of some of their marquee names including skipper Abdul Fatawu Mohammed, Raddy Ovouka Daniel Afriyie Barnieh, Gladson Awako, Patrick Razak and Emmanuel Nettey among others, to deliver the goods.

Winner of tomorrow’s tie will qualify to the second preliminary round of the competition where they face Moroccan side Wydad Casablanca.

In the event of a draw at the end of the regulatory time, the winner shall be determined by the lottery of penalty kicks.

Hearts are aiming to reach the group stages of the Champions League for the first time in over a decade, having annexed the Ghana Premier League and FA Cup last season.