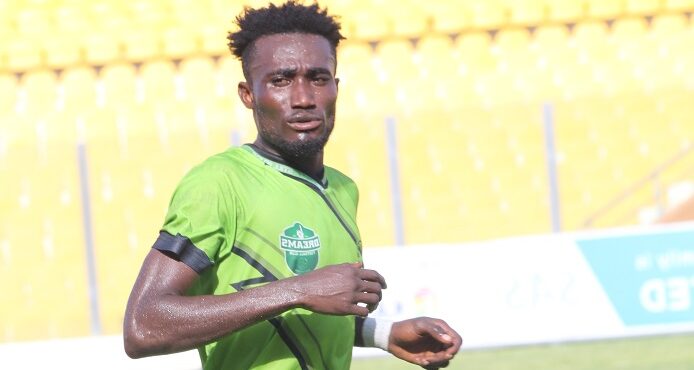 After labouring to beat Division One side Skyy FC 1-0 in the quarter-finals, Accra Hearts of Oak are on the verge of securing a second straight MTN FA Cup finals.

But they have to negotiate their way through a rocky path;as they face Dreams FC today in the semi-finals clash at the Accra Sports Stadium.

The Phobians have had some inconsistent performance in the domestic league, but have kept cool heads in their journey to defend the FA Cup trophy.

Hearts are still on course to clinch their 12th FA Cup trophy but may be engaged in, perhaps, the most difficult stage of the competition as Dreams aim to give them a nightmare of their own.

The MTN FA Cup appears the only realistic chance of silverware for Hearts this season and must worker harder to go closer to retaining it.

Midfielder Glason Awako believes the ticket to the finals would not come easy especially having beaten Dreams FC 3-1 in the league recently.

“I know they would come into this game as if their lives depend on it but we’ll be ready to serve them another defeat. Our eyes are on the trophy and we would not allow Dreams to ‘kill’ the dream for us.”

This group of Dreams FC players have made history already by qualifying to this stage of the competition but their striker, Agyenim Boateng Mensah said that would only serve as motivation to push for the final spot.

“It is a great feeling to get to this stage and face the defending champions; that alone makes us feel like champions, but the agenda is to beat Hearts and go for the trophy; a moment we cannot wait to savour.”

In the other semifinal clash, 2016 winners Bechem United will take on Aduana Stars at the Golden City Park in Berekum tomorrow.

This is the second time Bechemhave reached this stage of the competition and well aware of the atmosphere and excitement the finals could generate, Coach Kassim Mingle is leaving nothing to chance for another final berth.

But history also stares Aduana Stars in the face as they taste a semi-finals show for the first time. The former league champions would want to decorate their trophy cabinet with the second most prestigious trophy in the country but striker Yahaya Mohammed know this would not come easy.