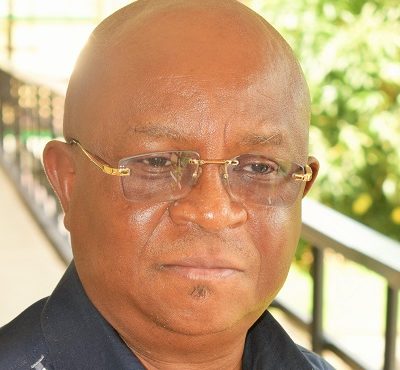 The Volta Regional Minister, Dr Archibald Yao Letsa has explained that the heavy presence of armed personnel of the military and other security agencies in the Ketu South Municipality is meant to enforce the closure of border.

According to him the number of personnel of the Ghana Immigration Service (GIS) at the borders was now inadequate to enforce the closure effectively, for which reason other security agencies were assisting to enforce of the closure.

Dr Letsa said this at a press conference in Ho on Friday to react to public concerns over the trend, stressing that “Since the closure of the frontier a few months ago to prevent the spread of COVID-19, some lawless people still crossed in and out of Ghana with impunity, using unapproved routes.”

He said that the recent claims by the Volta Regional Chairman of the NDC, Mr Henry K. Ametefee that the government had declared war on the Volta Region, and for that matter, the Ewe people, was unfortunate and totally untrue.

“The Volta Region is an integral part of Ghana and so, how can the government declare war on its own people,” the regional minister sought to know.

Dr Letsa revealed that human trafficking and other crimes across the border were still rampant, in spite of the closure of border.

In that regard, he said that the government could not stand aside and look on unconcerned while criminals had a field day to put the lives Ghanaians at risk.

He gave the assurance that the military personnel on duty in the area were all professional soldiers who would carry out their assigned duties diligently without intimidating anyone.

The regional minister, therefore, entreated residents of the area to go about their normal daily activities without entertaining any fear.

The Ketu South Municipal Executive, Mr Elliot Edem Agbenorwu, who was present, denied reports that the soldiers were storming the homes of the residents and demanding their identities at gun point, saying no such thing happened.