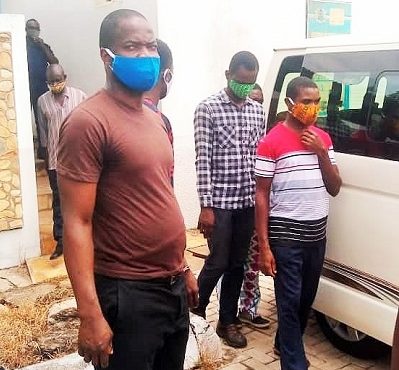 The Ho Circuit Court will on June 24 decide on the issue of bail regarding the 14 alleged activists of the separatist Homeland Study Group Foundation (HSGF) who were arrested in Sovie recently and charged with prohibited organisation.

The court, presided over by Mr Felix Datsomor, fixed the date when the accused persons made their second appearance before it yesterday.

They all pleaded not guilty and were taken back into police custody.

Inspector S. M. Atidzon, told the court that members of the group have been organising secret meetings for sometime now, to advocate the cause of the HSGF.

The prosecution said that at about 9am on May 30, this year, the accused persons who are all members of the secessionist group held a similar meeting again at Sovie, with about 50 people to discuss their strategies on how to take control of parts of Ghana, which the group unlawfully declared independent in November, last year at a rally in Ho.

The prosecution said that while the meeting was in progress at Sovie in an uncompleted building, personnel of 66 Artillery Regiment in Ho and personnel of other security agencies swooped on the activists at the venue.

Upon seeing the security personnel the activists took to their heels, the court heard.

According to the prosecution, the security personnel chased the activists and arrested the 14 of them, while others managed to escape.

The court heard that some dairies and exercise books which were retrieved from the scene contained minutes of their previous meeting.

Meanwhile, one of the alleged activists, Efo Yao, is at large, the court was told.