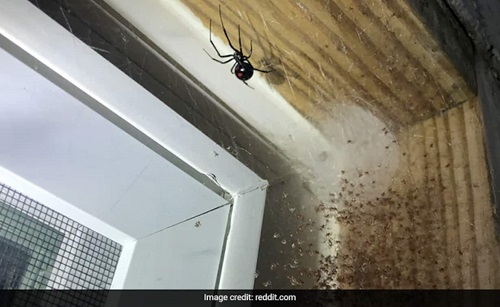 A nightmare-inducing photograph which has gone viral on social media captured a gigantic spider and hundreds of its babies infesting a house.

A homeowner shared the terrifying image of a black widow spider and its offspring.

The sight of several dozen tiny baby spiders with a huge momma spider was alarming enough for the homeowner, who shared the picture online, to ask users if he should burn his house down or not.

The post resulted in thousands of comments from people who were also surprised.  “Absolute horror.” One user wrote while others also gave recommendations as to how the bugs could be treated. — ndtv.com