Hope it will be Sports, and not Football Fund? 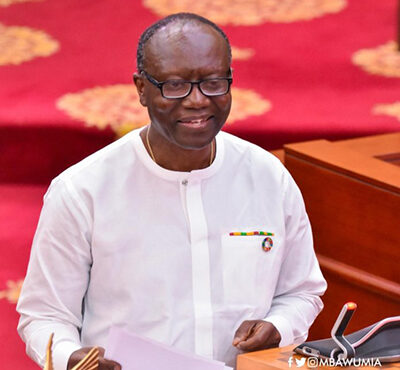 For many years, Ghanaians have been witnesses to the establishment of a number of Sports Endowment Funds.

The funds were designed to bring relief and succour to old, underprivileged sportsmen and women – most of whom have paid their due to national development.

Sadly, these funds, which most often have no legal backing, were terribly managed and no wonder frittered away with the flight with which they stormed into being.

Indeed, the alacrity with which some of these funds were put together and the high-profile personalities that patronised such events, created the impression that they were going serve as permanent panacea to the pecuniary problems of our sports men and women.

As a matter of fact, one has lost count of the number of outdooring ceremonies for these ‘wishy-washy’ funds which were often held with all the pomp and pageantry to complement the occasion.

By now, we all know that such funds were not properly handled and that ultimately led to their collapse.

Point is that, it is high time we as a nation established a Sports Development Fund that can take care of the challenges we face – especially with regard to the poor conditions of our older athletes as well as our development agenda.

On December 15, 2017, a forum was held at the Accra International Conference Centre (AICC) that brought together stakeholders in the sports industry to deliberate and dialogue on raising funds for sports development in the country.

The forum was also aimed at removing the bottlenecks that come with funding sporting activities in the country and to accelerate the growth of sports in the country.

Noticeably, the powers-that-be were aware that the proposed Sports Fund was long overdue.

In 2016, Parliament passed the Sports Act 934, charging the National Sports Authority (NSA) to provide, develop and manage sports in the country.

It included providing financial assistance to sports promotion in Ghana and finding ways to nurture the talents that abound in the country. Truth is that the funds that are allocated to the NSA cannot cater for all the mandate of the authority, thus the consultative forum to find other avenues to get more funds for sports and also to make reforms in sports investments.

In that forum, the Minister of Youth and Sports, Isaac Kwame Asiamah, said it was one of the responsibilities of the sports ministry to promote, nurture talents and to inculcate values of honesty, perseverance, volunteerism and patriotism into the youth, thus, the consultation with stakeholders to get a lasting solution to sports development in the country.

He said the government was keen on leaving a lasting legacy in sports, hence the sports funding, which was captured in the 2018 budget read by the Finance Minister, Ken Ofori-Attah.

“In 2018, the Ministry would continue the process of passing the Legislative Instruments of the National Youth and Sports Act, pursue the enactment of the draft National Sports College Bill and create a Sports Fund to improve sports development in the country.
Unfortunately, we are three years into that forum and are still struggling to put together the Sports Fund.

As we wait for the day such fund would be brought into fruition, let us sound a note of caution to government not to turn it into a Football Fund!
We are told more than 70 per cent of government’s budget allocation to the ministry is spent on football and football-related activities. Though football, admittedly, is the passion of the nation, that is not the best.

The Sports Ministry’s priorities and budget allocation must be revisited for various sports disciplines, aside soccer, to get attention. Let us not forget we have more than 30 relevant sporting disciplines all begging for support. Are we not ashamed tagging disciplines outside football as ‘lesser-known’ sports?

Indeed, athletics, weightlifting, boxing, table-tennis, tennis, handball and many others, could also be transformed into cash cows if we invest in them properly.

For areas where there are gaps in funding, the government could even play a facilitation role to attract the private sector to get involved, much so when companies that support sports are given some tax reliefs.
We need the Sports Fund now!