Horror in the Maghreb 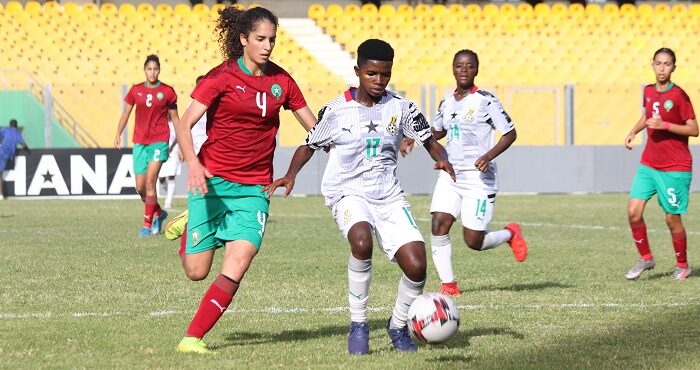 IT may have been a fortnight already, but the Black Maidens’ (national U-17 women’s team) mortifying ordeal received at the hands of their Moroccan counterparts in Rabat, still lingers on.

A week earlier at the Accra Sports Stadium, the Ghanaians had taken a strong 2-0 lead in the first leg final qualifier of the FIFA Under-17 World Cup to be staged in India, later this year.

It was a game the Maidens could have wrapped up with a bigger margin but for their profligacy in front of goal.

Despite the waste, many had still tipped them to brush aside the Young Atlases and qualify for their seventh Mundial. Indeed, they are the only African side that has qualified for every world youth tournament since 2008. But alas, there was something evil in wait for the Maidens at the Moulay El Hassan Complex in Rabat where the Ghanaians were subjected to near strappado – and eventually booted out of the campaign.

Twenty-four hours or so ahead of the game in Rabat, five key players of the Maidens were ruled out after reportedly failing the COVID-19 mandatory tests. The team was horrified by the news. They simply could not take it.

As if that was not enough, verified reports indicated that the Maidens were subjected to a raw deal of biased officiating on the field, as they were denied lucidly-clear penalty calls to the chagrin and shock of the few Ghanaian fans who turned out for the game.

Though the girls held on tightly and work their socks off, they conceded two goals that threw the afternoon into penalty shootout after a 2-2 aggregate score line.

Even during the lottery of spot-kicks, a Morocco player was allowed to re-take his kick after it was saved with the referee insisting that the goalie moved. For those following proceedings, it came as no surprise at all when the Moroccans edged out the frustrated Maidens 4-2 to book their first ever ticket for the India tournament.

But that was not all. There was some cruelty to relate as the Maidens dashed for the break only to realise that their dressing room had been sprayed with chemicals. The players and their technical team said the scent from the substance was so pungent and suffocating that they had no choice but to sit outside of the room.

Sheer wickedness might be too soft a phrase to describe the situation. It was incomprehensibly atrocious.

Perhaps, the North Africans may have given us enough hint of the ‘horror’ to expect in the Rabat return tie, but we took it with a pinch of salt. Indeed, right after the game, their officials fiercely badgered on their hosts, accusing them of having used five over-aged players to aid their victory.

Most Ghanaians may just have regarded it as sour grapes. Nothing more! But unknown to the Maidens, the Moroccans left Accra with bitter hearts, deciding to hatch a vicious plot that would ultimately cripple out the 2012 World Cup bronze medalists.

It was rather intriguingly stunning to see the Moroccans do this to Ghana because there is an existing partnership between the two countries which has seen the duo play a series of friendlies.

Why they would have to handle the Maidens the way they did, totally beats any stretch of imagination.

Clearly, from the way they behaved, the Moroccans did not respect or cared a hoot about any partnership. What mattered to them was getting the result; whatever form it would take, was not their cup of tea. They do not mind what the world would say about them. The agenda was: get the Maidens out of the way!

Why should it be the case? Must they get the Maidens out of contention by hook or by crook?

When they came to Ghana for the first leg, was that the way they were treated? Certainly, no!

This is very bad for football development and promotion in Africa and the world at large and the Ghana Football Association (GFA), aside from any strong-worded protest they intend to write or may have written, must take a second look at the so-called partnership they have with Morocco.

For the Ghanaian girls, some of whom are still struggling to come to terms with the fiasco, better luck next time. It was a harrowing experience, doubtless; but they can only put the disappointment behind them and refocus as they build from the ashes.

Hope the GFA also take a leaf from this letdown and put a more clairvoyant strategy in place when confronted with similar challenges in the future.

Retraction and apology to Prof Dodoo