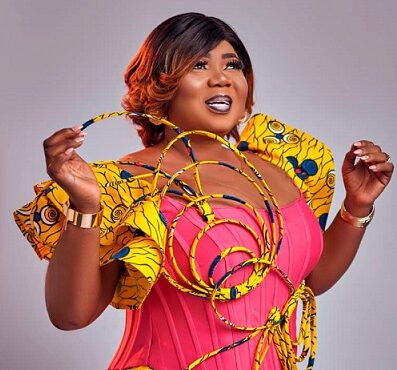 According to her, both are arduous tasks which demand time and dedication because they all involve creativity.

Speaking to The Spectator, she said regardless of these challenges she has been able to sail through and be successful in both, because of application of discipline and wisdom.

She noted that having to supervise many apprentices and concentrate on work in the studio, perform at events, promotions and still play motherly roles needed proper planning.

On her new song, Abena Serwaa said it had been long overdue, because the two artistes featured on the song, Efe Grace and CeceTwum had busy schedules.

The gospel music dynamo, revealed that it took her about two years to complete working on the song, adding that she wanted the best to come out in her thanksgiving.

Abena Serwaa said that she has been through a lot of difficult moments, but at the end of it all she succeeded and wanted to show appreciation by way of thanksgiving through ‘Womfa Ma No’ song.

She believes that gratitude opens a lot of doors for people, relating something she has encountered in life.

She has credited her manager Andy Favoured for writing such a wonderful song, and urged music lovers to stream the song on all music digital stores.