I miss the stage, but will bounce back this year-Kunta Kinte 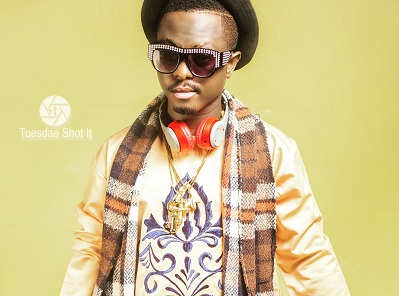 He used to be one of the finest fast growing music talents in Ghana, but unfortunately, his rise to the top was cut short by ill-health.

Many music lovers were heartbroken of his predicament which, Kunta Kinte: known in private life as Kwaku Nsiah Amankwah was getting to the prime of his career when this unfortunate situation happened.

This doused the musical flames of a music duo dubbed Bradez, comprising Kunta Kinte and his elder Brother, FloKing stone.

Though Kunta has  healed from the mild stroke, some traces which still make his mobility a challenge, has taken him off the cameras and active music for some time now.

This notwithstanding, he told The Spectator in an interview that he would bounce back this year with an album.

Kunta Kinte said that he missed stage performance, but had worked on the quiet, recorded with the likes of Kofi Kinaata, Kabum, Floking Stone and Okyeame Kwame among others, and very soon his fans who have been yearning for his return would be served with an album that would stand the test of time.

“Very soon, my fans will see me in 2021 with an album,” he stressed and added that he was patiently working to ensure the much awaited project  with a lot of quality.

Though he tried bouncing back to active music in 2015 with a new single dubbed ‘Resurrection of Kunta,” things did not work as expected.